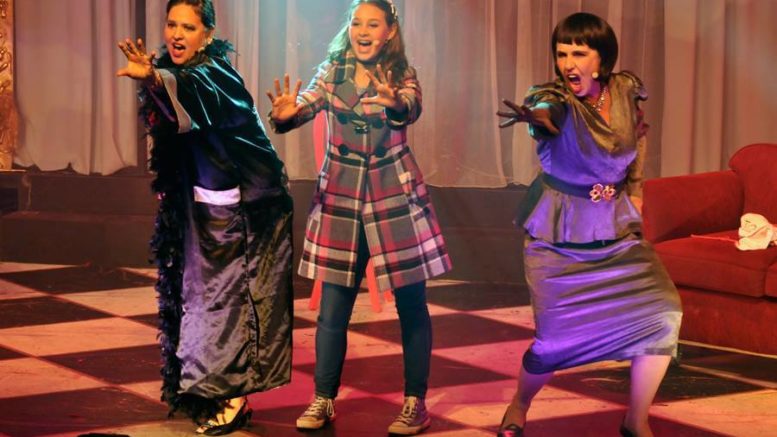 Tuggerah’s Red Tree Theatre is gearing up to celebrate its first birthday this month with a stellar lineup of productions scheduled.

This comes after a tough couple of years for the venue, which not only experienced a delayed opening from March 2020 to January 2021, but also closed down for the latter half of 2021 due to the pandemic.

Red Tree Theatre is eager to kick off 2022 and its first birthday celebrations with several exciting productions.

Most notable amongst these is Joshua Maxwell’s remount of his acclaimed 2015 production, Ruthless! the Musical.

This show follows eight-year-old Tina Denmark who knows she was born to play Pippi Longstocking, so does everything to win the part in her school musical, including murdering the leading lady.

Stalwart of Australian regional theatre, Maxwell explains “I saw the 2014 Australian production and knew I had to bring it to the Central Coast.

“It is one of the funniest musicals ever written so I’m thrilled I get a second run at it.”

This aggressively outrageous musical hit garnered rave reviews during its long off-Broadway run, which featured a then nine-year-old Britney Spears in the leading role, and has been performed around the world ever since.

The show features an all-star female cast of emerging and well-established artists from across the Coast, including Ruth Jordon as Sylvia St.

“My cast are spectacular, and come from across the region, so if you’ve seen a show on the Coast in the past 10 years, you’ll certainly recognise someone”, says Maxwell.

“It’s wonderful to direct a show to celebrate the venue’s birthday after also directing the venue’s opening show at the beginning of the year, which feels like a decade ago now.”

Opening on the same date, JD’s World of Magic is also coming to Red Tree Theatre this summer.

Presented by international award-winning magician, Joel Howlett, this show is a magical treat for young and old.

This full-length, 90-minute magical spectacular features mystifying sleight of hand magic, that is of a calibre usually only seen overseas, in casinos or on cruise ships.

Venue Manager, Ruth Jordon, says “Joel is a spectacular entertainer and families will love it!”

Book your tickets before they disappear via www.redtreetheatre.org.au

To further celebrate Red Tree Theatre’s first birthday, Grant Molony will be exhibiting at the venue throughout January.

Grant is responsible for the whale mural at Erina Fair, the octopus at Gosford’s Bay Road Brewing, and now the wonderful mural that welcomes audiences to the Red Tree Theatre.

Venue Manager Ruth Jordon says “Grant’s work is second to none, and everyone who comes to our venue comments on his mural.”

“We are thrilled he is exhibiting during our birthday celebrations.”

The exhibition runs until January 30.