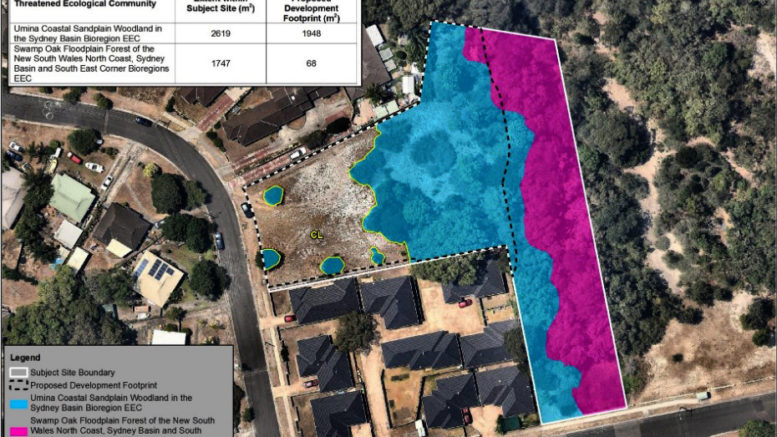 A Planning Proposal to rezone the western part of the lot at 18 Macleay Avenue, Woy Woy, has received a Gateway Determination by NSW Planning so Council’s consultations with government agencies will be underway with public consultation to follow.

The proposal would see part of the lot rezoned from RE1 Public Recreation to R1 General Residential under Gosford LEP 2014 or the Central Coast LEP, whichever is in effect at the time.

The site adjoins other land zoned R1 and developed for medium density housing, according to the NSW Government’s Planning Portal.

The eastern part of the site will remain zoned RE1 and be dedicated to Council via a Planning Agreement.

There are now 13 documents live on the NSW Planning Portal in relation to this planning proposal (which we reported on last July when Central Coast Council determined to send it to NSW Planning for approval).

The letter also stated that Pacific Link Housing Limited accept ownership from Central Coast Council of the two 1.37m wide footpaths located on the northern and southern boundaries of the lot to be incorporated into the R1 General Residential zoned land.

A heritage impact assessment report on the portal said that no Aboriginal sites or potential archaeological deposits were located when the site was surveyed in September 2020.

In an assessment report related to the presence of endangered Umina Coastal Sandplain Woodland (UCSW), the consultant, Conarcher, wrote that it had prepared a previous Flora and Fauna Assessment Report in 2019-20 but Central Coast Council requested a revised Test of Significance for the UCSW Endangered Ecological Community.

“Council has instructed that the revised Test of Significance is to restrict the extent of local occurrence of the EEC to the study area considered by Council to be the vicinity of Hillview and Railway Streets.

“The UCSW in the Sydney Basin Bioregion is an endangered ecological community listed in Schedule 2 (Part 2) of the BC Act and occupies  approximately 0.26 ha of the subject site,” the revised assessment said.

“In relation to the patch of UCSW present within the site and the immediate areas of Hillview and Railway Streets, the area of the UCSW covers approximately 6.3 ha.

“The removal or modification of 0.19 ha of Umina Coastal Sandplain Woodland is equivalent to three per cent of the local patch area (6.3 ha) of this vegetation type.

“There are no other land development proposals adjoining the patch area which will require removal or modification of Umina Coastal Sandplain Woodland.

“The proposed removal or modification of 3 per cent of the patch area (97 per cent retained) is not likely to have an adverse effect on the extent of the Umina Coastal Sandplain Woodland EEC, such that its local occurrence is likely to be placed at risk of extinction.”

CCN has asked the Planning Department to confirm when the planning proposal will be exhibited for public comment.