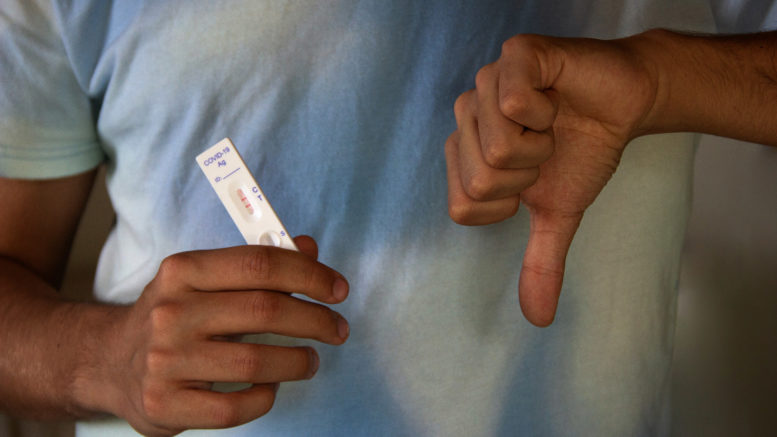 As many supermarket shelves around the Central Coast remain bare due to COVID related delivery hold-ups, the Transport Workers’ Union has slammed a National Cabinet decision to send workers who have been identified as close contacts back into the field without the benefit of Rapid Antigen Tests.

“National Cabinet has cut the last thread of hope the transport industry had of recovering from chronic worker shortages,” Kaine said.

“Distribution centres will become virus hotbeds sending more essential workers to their sick beds, infecting their families along the way.

“Other close contacts were handed gloves and wipes and told to keep working until they tested positive.

“These are the workers who’ve kept us going throughout the pandemic, now given no choice but to risk their own health and that of their families.

“Months ago, we warned Prime Minister Scott Morrison that supply chains would be crippled if he failed to set aside free and abundant supplies of rapid antigen tests.

“The Prime Minister refused to act.

“For the industry to survive this wave, transport workers need free and abundant rapid antigen tests, prioritisation and leave for booster shots, and isolation of those most likely carrying the virus.

“Now is the time to shield the suffering industry, not detonate more virus explosions in essential workplaces.

“To lessen this significant blow, we call on all states and territories to adopt similar requirements to the Victorian Government which states all other options must be exhausted before bringing close contacts into the workplace, and that consent must be given from both worker and workplace.”