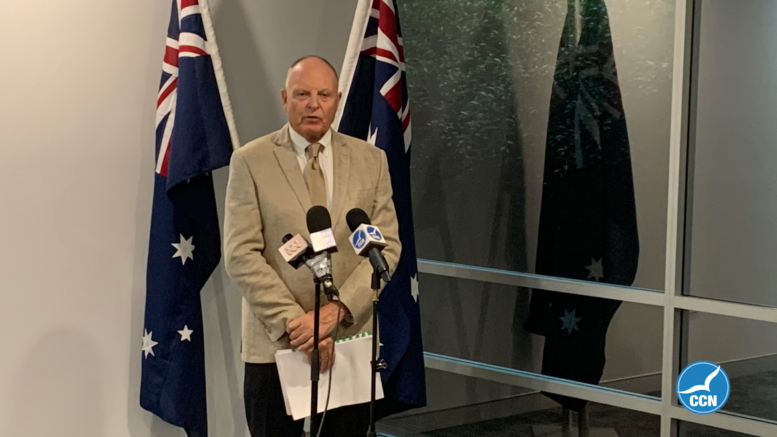 Your story highlighting that Central Coast Council plans to employ 72 additional employees in its water and sewerage department, within a year of forking out millions on voluntary redundancies, illustrates why ratepayers are reluctant to trust this Council with ever higher rates. (“After staff cuts, Council now planning staff increases”, Chronicle, Nov 10)

The Council claims that it needs a 34 per cent water rate hike for new infrastructure.

This, however, is at odds with its own IPART submission seeking to increase operational costs by a massive 39 per cent compared with just 14 per cent extra for capital investment.

Once again, the lions’ share of the extra money is earmarked for the bureaucracy, not the community.

It is the same story with general rates where Council is currently asking a handpicked Community Reference Group to choose between yet more rate hikes or draconian service cuts.

This Hobbesian choice ignores other options such as savings within the bureaucracy itself, or improvements to productivity and efficiency.

The Council has now been in administration for over year.

Yet, despite all the extra revenue from this year’s rate hike, services continue to decline and published numbers show productivity lower than it was five years ago.

The only output that seems to have improved (in quantity rather than quality) is the amount of spin and propaganda being pumped out seeking to convince us everything is getting better.

We’re told the finances are all on track but, somehow, we need a 34 per cent water rate hike next year followed by a further special variation to general rates in 2024/25.

Nor will spin address the root causes of this Council’s problems which lie in management performance and culture.

Until there are genuine reforms to address performance, culture, and productivity – ratepayers will continue to see further rate hikes as just throwing good money after bad.