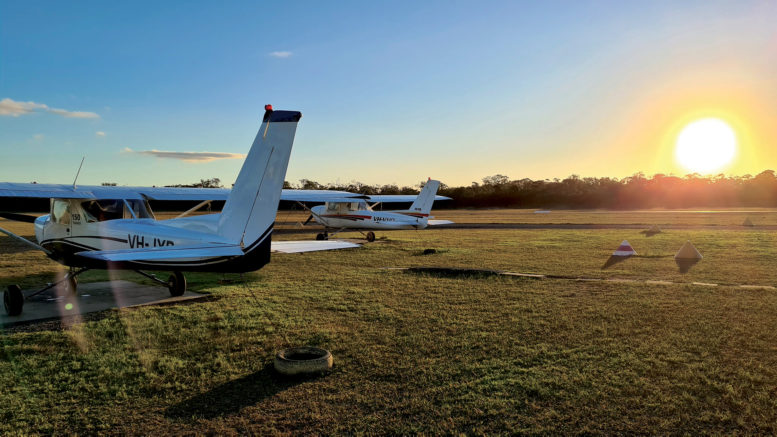 Central Coast Council will carry out maintenance work on the southern end of Warnervale Airport, as the result of a rescission motion adopted by Administrator, Rik Hart, on November 23.

The Australian Transport Safety Bureau recommends that all aircraft landing areas have a RESA.

In 2019 Council resolved not to mow the southern end of Central Coast Airport in the interest of protecting the nearby and ecologically sensitive Porters Creek Wetlands.

“Council is being proactive in its management of health and safety by allowing maintenance in the area.

“Creating a Runway End Safety Area will protect the health and safety of aircraft operators and passengers, as well the welfare of animals that may cause accidents on the runway.”

Council Administrator, Rik Hart, said that it is Council’s responsibility to prioritise safety and mitigate risk.

Before he adopted the decision, two speakers addressed the November 23 Council meeting in relation to the rescission motion put before Hart.

Gary Chestnut spoke on behalf of the Community Environment Network and he put forward an alternative idea which he said would save the Council mowing the area included in the rescission motion.

He also said the Council report did not bring to the Administrator’s attention the provisions of Chapter 7 of CASA Manual of Standard.

He said the aircraft that use the Warnervale Landing Area or Central Coast Airfield were all classified as aircraft with a code 1 and CASA had no requirement for a 90-metre RESA (Runway End
Safety Area) as presented in Council’s report.

He said the length of the runway was 140 metres longer than the minimum length for Code 1 aircraft of 800 metres.

He suggested Council could remark the runway landing area by relocating the holding area of aircraft.

“This means the end of the runway or stop way can be relocated 142 metres to the north.

“Furthermore, the length of the runway is in accordance with CASA requirements.”

He suggested it meant that Council would not have to rescind Council resolutions and wouldn’t have ongoing expenditure to mow the 4,500 metres of RESA, thus saving Council ongoing expenditure; addressing all of CASA safety requirements and sustaining the integrity of the buffer between the Aircraft Landing Area and the Porters Creek Wetland.

The Administrator said he could appreciate the logic.

The second speaker was Andrew Smith, President of the Central Coast Aero Club, and the Chief Executive Officer of the subsidiary flying school, Warnervale Air.

He said he has been working as a professional pilot out of Warnervale Airport for 19 years and had some 11,500 hours experience on light aircraft training and Charter operations.

“The area of land impacted by (the previous resolution) is miniscule in the grand scheme of the ecological footprint and well-being of the Porters Creek wetlands yet has fundamental safety implications for the users of the runway at Warnervale.

“I am unaware of any Airport where the possible future well-being of shrubs and trees which do not yet exist, trumps the safety of hundreds of pilots and students who use an existing airfield 7 days a week.

“The amount of land we are talking about here, would be fractions of a percentage point of the Porters Creek wetlands, and quite honestly, it is land which from at least 1973, has been kept routinely trimmed for the safety of pilots.”

He said that while he was not an ecologist, he would argue that the vast and important wetlands was none the worse for wear for this small piece of safety management.

“Frankly this is a farcical situation which should never have been allowed to be put in place originally, and here today, staff have pointed out numerous reasons why this situation should be rectified,” he said.

Council will engage registered surveyors to stake and identify the buffer area to Porters Creek Wetlands in accordance with the Coastal State Environmental Planning Policy.

This will ensure the works do not enter protected wetlands.