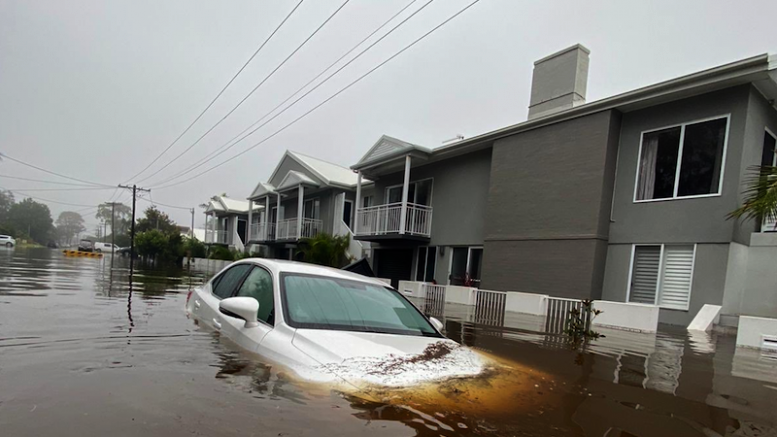 Flooding in Killarney Vale in 2020

The Entrance MP, David Mehan, has welcomed the release of the overdue updated Central Coast Local Flood Plan but said it still fell short on flood classification levels and timing of opening The Entrance Channel.

The purpose of the Plan was to set out the multi-agency arrangements for the emergency management of flooding in the Central Coast local government area.

Mehan revealed in 2019 that the local flood plan was out of date and should have been updated in 2018.

He said the lack of an up-to-date flood plan was a factor in the lack of adequate warning given to the community in the February 2020 floods, which resulted in the area being declared a natural disaster.

“The minor flood level for the lake, according to the NSW SES, 0.9m and the warning predicted this level would be reached on the Sunday.

“No further warnings about flood height were issued.

“Waters reached the predicated level on Sunday and continued to rise eventually peaking on Tuesday, February 11 at 1.673m, before falling after Council excavated an additional channel through the sand berm at The Entrance Channel.”

In welcoming the updated flood plan, Mehan said it contained no advice on flood classification levels or the issue of opening The Entrance Channel to let flood water out of Tuggerah Lake.

“The 2020 flood showed the existing flood classification levels are wrong and these need to be corrected,” he said.

“Critical to controlling the height and duration of flooding is The Entrance Channel and the procedure for actively opening the channel should be part of our flood response plan.

“I have written to both the Emergency Services Minister and Council asking that these weaknesses in our flood preparedness be addressed.”

Mehan said he had no criticism of local SES personnel.

He said that in relation to The Entrance Channel, the Tuggerah Lakes Floodplain Risk Management Study and Plan, had recommended a formalised Entrance Management Strategy to Manage Flooding.

“The benefits of active berm management of The Entrance Channel need to be formalised following the positive results achieved by using excavators to clear the sand berm during the February flood,” Mehan said.

“Neither the Local Plan nor the NSW SES Warning Guidelines make formal provision for local warning to be issued.”

Mehan said he was concerned that the Bureau of Meteorology flood warnings were broadcast by NSW SES which were then communicated locally in an informal way, such as social media and local media.

He said the Local Plan included a requirement for community education about flood risk and preparation, but this had not happened.