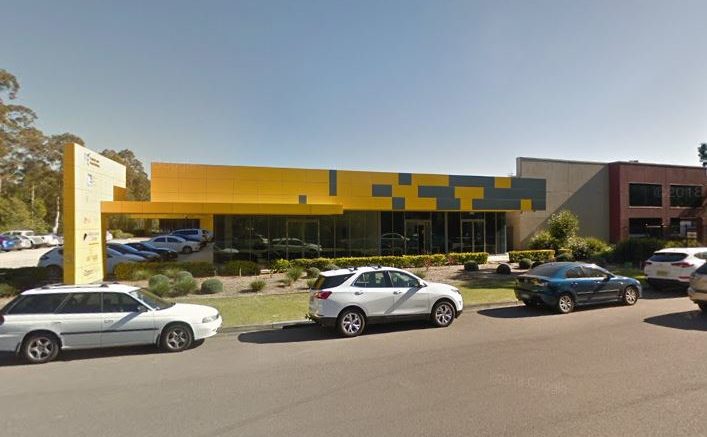 A 3,622 square metre property at 3 Bounty Close, Tuggerah, has been sold by Central Coast Council to its current tenant, Central Coast Group Training (CCGT) Limited, for $652,088.

According to a valuation report from Knight Frank the value of the property, if it was assessed as having ‘vacant possession’, would be about $3.7M – more than five times the actual sale price.

CCGT owned the 3 Bounty Close land which it transferred to Wyong Council in 2013 to secure a Commonwealth Government grant to construct the building it has now purchased back from Central Coast Council.

CCGT entered into a lease with Wyong Council which carried over to Central Coast Council which enabled it to pay a peppercorn rent of $120 a year plus CPI increases with a lease until 2054 and two additional five year lease options.

During the sale process, Knight Frank estimated a fair market rent on the property would be $175 per square metre net per annum or about $245,000 a year.

It said in a swot analysis that the buyer profile included the “sitting tenant purchaser” enabling the current lease agreement to be extinguished to maximise the capital value of the property or an entrepreneurial investor realising the asset’ value in 2054.

The recent sale of the Tuggerah building to CCGT came to light when it appeared on a list of properties sold as part of Council’s asset sale program, reported in the agenda for the November 23 Council meeting.

“The lessee of 3 Bounty Close, Tuggerah exercised its option to purchase the land and Council sold this property in line with a market valuation,” the staff report said.

The settlement date was listed as June; the valuation price was $652,088; and the property changed hands
at that price.

The valuation report was dated February 3, 2020.

A letter of instruction from Greg Best, General Manager of CCGT and suspended Central Coast Councillor, said: “Given the 40-year lease at peppercorn rent the Lessee expects the valuation to be nominal, however, it is bound by the terms of the option to purchase at valuation”.

The Knight Frank report explained that “the current lease reflects a ‘peppercorn rent’ currently at $130 per annum net”.

On this basis Knight Frank determined the value of the property to be $652,088.

“The valuation herein reflects the passing rental until the end of Term Certain, i.e. 2054 and the terminal value of the property at that point.

“We note the tenant has rights of occupation for a further 2 x 5 years, as per the lease.

“Exercising these options would significantly impact on the value assessed herein by extending the terminal value assessment of the property for a further 10 years until 2064.

“The value of the property with Vacant Possession has been assessed at $3.7m and this is the assessment we would be adopting for a mortgage valuation under similar circumstances, i.e. where the sitting tenant is buying the property from the landlord.

“In our assessment of value, we have adopted the principle that the tenancy agreement is watertight assuming both the tenant and the landlord
fulfill their obligations throughout the lease term expiring in 2054.

“We have also adopted the principle that the market value as at February 3, 2020 (the date the Option Clause was exercised by the tenant) is significantly impacted by the lease until its expiry in 2054 by a Peppercorn Rental only being paid and not Market Rental.

“The Call Option is now exercised as at February 3, 2020 with this valuation fulfilling the requirements under Clause 27.4 of the Lease,” said the Knight Frank report, included in the Council Agenda for November 23.

The community was assured by Interim Administrator, Dick Persson and current Administrator, Rik Hart, that the asset sale program would not result in “fire sales”.

The valuer’s report suggested it could sell the property on the open market with an extended marketing period over 12 months.

“With the existing lease in place, the marketability of the property would be compromised to the point of a limited number of investors or alternatively the sitting tenant (lessee),” the report said.

“The sale of the property on the open market would require an investor undertaking a similar assessment of value as completed within this valuation.

“We acknowledge there are both positives and negatives associated with the sale to a third party including the upside to an investment being the potential closure of the business and realising the market value at the time (which could be anytime from now until the end of the lease) and the long term growth of seven per cent on the investment.”

Wyong Shire Council and CCGT successfully negotiated the Commonwealth grants to build the Bounty Close centre for about $2M, with another $700,000 for further funding on IT.

NB: Comments have been turned off on this article to prevent possible liable comment. Comments are still encouraged via the letter to the editor forum.