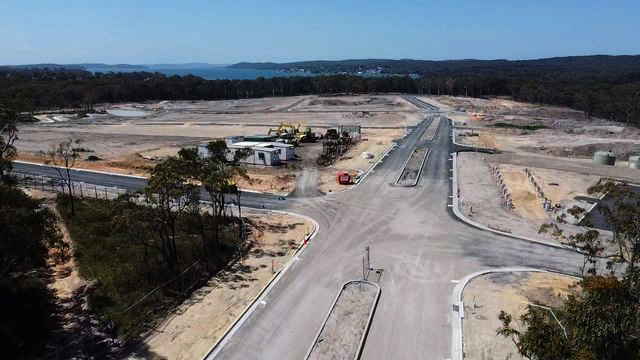 Most Central Coast suburbs are well-established so it’s infrequent that vacant land is for sale, however, when land does hit the market it is snapped up quickly.

The latest information in the Herron Todd White Residential September Report reveals that the northern end of the Coast typically provides more options for those looking to purchase vacant land.

The region continues to be the development corridor, appealing to many buyers as being a more affordable alternative to other Central Coast areas.

These estates offer a good location close to the M1, schools and shopping.

A new subdivision is under construction at 37-53 Albert Warner Dr, Warnervale, which indicates there is no shortage of demand for vacant lots.

Pre-COVID and during the early months of 2020, prices were ranging from the low to mid $300,000s for vacant lots in this estate.

Demand for all these suburbs is being driven by both Sydney and local buyers looking for affordable land close to the M1, railway corridor and local infrastructure.

These areas have seen demand levels increase as people more so now than ever have the flexibility to work from home and are less inclined to work from Sydney CBD based office environments.

If working arrangements revert back to how we knew life before COVID-19, then buyers need to be mindful of the commuting time and distances to Sydney-based workplaces.

Further north again, Gwandalan is continuing to expand and while land is hard to come by in the existing estates, the upcoming Crangan Bay subdivision is under construction.

The estate advises that 95 per cent of stage one is sold, however, this has not been confirmed and price guides are not readily available for this development.

Opportunities to secure vacant residential land at the southern end of the Coast remain a challenge with very limited supply levels.

The report says that there have been examples in Umina Beach, Woy Woy and Ettalong Beach of developers purchasing older-style dwellings on land that is large enough and zoned for low-density unit-style living.

The construction of choice is generally a mixture of single level villas and two-storey townhouses, subdivided separately with strata title ownership.

Over the past five years, the Kings Estate in Terrigal has emerged from a natural bushland site that remained dormant whilst surrounding residential subdivisions progressed.

This estate has provided a much-needed boost in vacant land supply levels in the local area, however, the final stage four land release appears now to be fully sold by the developer.

A recent example is the land at 76 Reginald Dr, Terrigal, which is in the stage four land release.

It is no secret that supply of vacant land in the central areas of the Central Coast is limited, just like in the south.

The most recent and only large-scale land subdivision in the central area of the Coast is the Glades Estate, on the suburb border of Berkeley Vale and Glenning Valley.

All the land in the primary stages was sold off the plan and completely sold out with future stages yet to be released.

In the past six months, some of these off-the-plan lots resell and achieve strong prices.

Partially executed, 35 McGee Ave, Wamberal, was purchased in May 2019 with an older style dwelling in place for $1.62M.

A change of heart by the current property owners after demolishing the dwelling, the vacant land parcel with an approval granted for a new dwelling was under contract for $2.4M as at July 2021, according to CoreLogic RPData records.

Even without the added value of the pre-existing dwelling, it equates to a 48 per cent increase in value in just over two years.