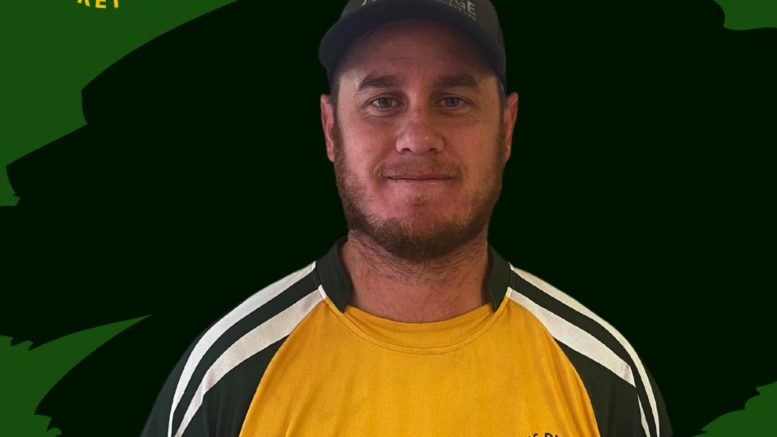 Rounds two and three of Central Coast Cricket are done and dusted with Wyong winning matches on Saturday, November 6 and Sunday, November 7, triumphing over Narara-Wyoming with a score of 8/192 to 10/116 on the Saturday and Warnervale on Sunday with a total of 7/138 compared to Warnervale’s 137.

On Saturday, Wyong started off in a bit of trouble at 3/23 before captain, Hayden Murphy made 71 runs followed by Jordan Little on 43, and Ollie Thompson 43, to ensure they put a competitive total on the board.

Tom Owens was the standout with the bat finishing with 46.

On Sunday, Wyong kept their unbeaten start to the season with a hard-fought three wicket win over Warnervale, who remain winless.

Tony Cornwell was outstanding for Warnervale, opening the batting with 65.

Wyong were travelling well until Hunter Jackson-Sullivan took four quick wickets but it was not enough to prevent Wyong from winning.

Ollie Thompson capped off a good weekend with 43 whilst his opening partner Michael Leard scored 38.

Defending Premiers, The Entrance, recorded their first win of the year on Saturday, defeating Warnervale by eight wickets.

Opener, Chris Sheppeard, scored 40 which saw Warnervale record a competitive 9/154; however, for the second week in a row, veteran openers Ash Hardy scored 52 and Jeff Hemming 50, to get the side off to a perfect start before Jake Hardy finished it off with an unbeaten 34.

On Sunday, The Entrance again flexed their batting strength against Brisbane Water scoring 9/226 off their 40 overs before rain saw the game abandoned.

Jeff Hemming was impressive with 64, whilst Adam Taylor in his first game of the year scored 44, and Jake Hardy scored 30.

In reply, Brisbane Water were 1/75 off just eight overs with Shaun Eaton unbeaten on 53 off 26 balls with nine fours and a six.

Northern Power polished off the runs for the loss of two wickets to gain a bonus point.

Joe Merlino and Zac Abel both finished on 27 not out.

On Sunday, Northern Power and Narara Wyoming were heading for an exciting finish when rain halted play.

Tom Owens was outstanding for the second day in a row for Narara Wyoming this time with the ball taking 4/8 off eight overs, whilst Chris Archer also capped off a good weekend with another three wickets for Northern Power.

Round four kicks off on November 13 where Wyong will face Brisbane Water at Baker Park, Warnervale will take on Kincumber at Woongarrah Oval, The Entrance will battle Lisarow at Jubilee Park and Northern Power will face Southern Spirit at Col Gooley Field No.1.

Lauren bowls for Thunder in the women’s Big Bash