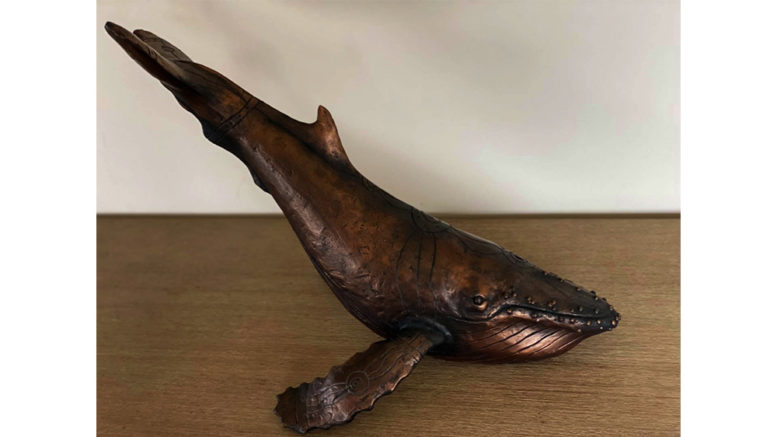 A new art exhibition called Voices of the Land is coming to The Entrance Gallery showcasing 17 upcoming Aboriginal Artists and creatives.

The exhibition will run from December 10 to 19 and will be presented by award winning artists Garry Purchase and Kylie Cassidy.

Highlights of the exhibition will include daily live paintings by artists, a unique collection of Aboriginal Art showcasing diverse styles, mediums and themes along with artwork, prints, cards, hand painted mirrors, emu eggs, homewares, jewellery, body products all on display and available for purchase.

Exhibition Organiser, Natalie Purchase, said the exhibition would be a great opportunity for young up and coming artists to showcase their work.

“Garry and Kylie are very excited about the exhibition.

“The purpose of the exhibition is Garry and Kylie sharing their platform with young artists to give them the opportunity to show off their work,” Purchase said.

To celebrate the launch, there will be an opening night event on December 10 from 6pm.

“Opening night will be awesome.

“We’ll be having a smoking ceremony, and a dance group will be performing, and a didgeridoo player will be there too,” Purchase said.

Garry is a proud Aboriginal man of Dharawal descent.

He grew up in Sydney’s Eastern Suburbs and was raised amongst the Aboriginal community of La Perouse.

Purchase is a member of the Timbery family of which there are many respected members.

His style is a more modern take on traditional Aboriginal art, steering away from the common dreamtime stories and focusing on his own personal journey, experiences and social issues that push creative boundaries as he stretches the limits of what Aboriginal art can be.

He has a loyal fan base including thousands of followers on social media and his works have attracted a lot of attention.

He took out the major first prize, the Tony Donovan Award at Reconciliation Exhibition at Gosford Regional Gallery in both 2014, and 2016.

Purchase has also been the recipient of the Aboriginal Health Award at the Mental Health Artworks Art Exhibition three times.

Some of Purchase’s recent successes include a guest role on Playschool, collaborating with homewares supplier, Ladelle, launching new products.

He collaborated with The Koori Curriculum/The Aboriginal Early Childhood Collective as their artist in residence as well as supplying the artwork for their successful books and marketing campaigns.

Purchase designed the indigenous range of balls for Footys4All and has completed major commissions for the Royal Australian Army, Qantas Regional, The Department of Education, Safework NSW and the NSW Health Department.

Cassidy is a proud Wiradjuri woman who grew up on the Coast and has been painting since she was 13 years old.

She has won several awards including the First Prize Youth Award when she was 17, and the Tony Donovan encouragement award at 19.

She has painted murals and facilitated workshops in schools across the region.

Currently, Cassidy is a mentor in the Art Support program at The Glen Rehabilitation Centre and is the designer of the 2020 Sydney Roosters Indigenous Jersey.

She was also commissioned to work with the Gosford Police Station as part of their flag raising ceremony and breaking down barrier programs to help foster relationships with the local Aboriginal community.

Cassidy was recently appointed as the Chief Operating Officer of the newly established, The Glen for Women, which will open in 2022.

Voices of the Land will run from December 10 -19 at The Entrance Gallery from 10am to 4pm.

The Odd Mods to perform at Winter Blues & Jazz Festival

The management of the channel must change – Mehan