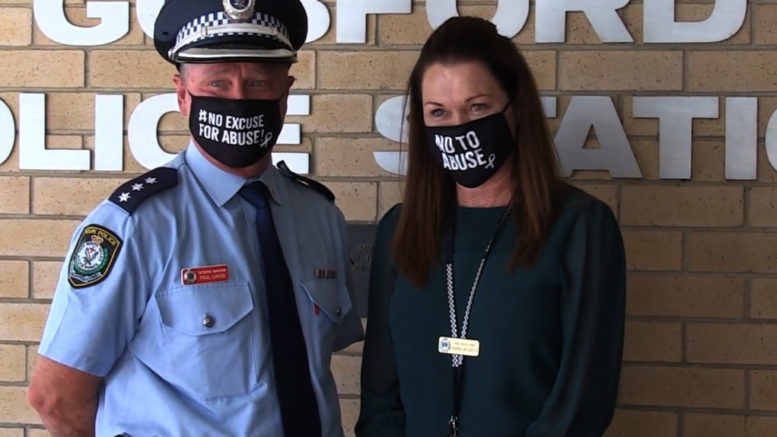 The number of domestic violence-related incidents occurring on the Peninsula was “very serious” according to Regional Domestic and Family Violence Coordinator for NSW Police, Sharon Wilkinson.

November 25 is the International Day for the Elimination of Violence against Women –  a date to acknowledge the Central Coast continues to have the second highest number of domestic violence assaults in NSW.

Wilkinson said around 55-60 per cent of police resources are responding to local domestic violence incidents on a daily basis.

“The Central Coast always sits up as one of the highest regions when we are looking at domestic violence incidents as the highest in the state,” Wilkinson said.

“The police message to any DV victim is to please report and they will be believed, and their matter will be investigated.

“We know that not all our DV victims want to report to police, they don’t necessarily want the judicial system to be involved.

“But they do need support around assisting them through the trauma, through the abuse and looking at ways to keep themselves safe which is unfortunate because it’s the offender that’s causing the harm.

“Often it’s the victim that’s got to look at getting the support to work through the harm.”

Wilkinson said there were “very serious” numbers on the Peninsula of DV-related incidents, with the complexity of the abuse increasing over COVID-19.

“Housing is a big issue – and not only is it about housing, but it’s about appropriate housing,” Wilkinson said.

“Sometimes the only options we’ve got to house them in is in temporary accommodation or a hotel and they’re sometimes not conducive to what women are looking for.

“Sometimes it’s a secondary abuse to women to expect them to be able to live in substandard accommodation.

“I think we have to step up and provide them quality accommodation, and accommodation that suits children and that is appropriate and is linked to services and support.

“Housing is a big, big problem and why a lot of women don’t flee.

“I think what we have tried to do in the past is keep women and children at home and have the offender exit the accommodation.

“But we’ve found that doesn’t necessarily solve the problem.

“Because women have been traumatised and abused in those houses and they don’t necessarily feel safe.

“We do need alternatives. I always ask the question, “Is that accommodation you would stay in?’

“And if you answer no, why are we asking our DV victims and their children to stay in them?”

Brisbane Water Local Area Command is now on par with its Tuggerah Lakes counterpart with more than 350 DV-related incidents each month.

The region is also overrepresented in breaches of apprehended violence orders.

Inspector Paul Laksa from Brisbane Water Police District said if people see or hear anything, they should report it immediately to police.

“Clearly with COVID-19 we’ve had people who have been isolated and restricted,” he said.

“With the lifting of those restrictions, people have started to move around but people who are subjected to DV don’t necessarily have those same abilities.

“That’s why we’re calling on members of the community to play their part and if they hear or see violence, to come forward and report these incidents.”

“We take all the referrals that police attend, they send a referral on to our service and then we make that first contact once the incident has occurred to make safe planning,” Mollies said.

“We also offer this support through the Court advocacy process.”

Central Coast Council has also launched education campaigns across the Coast until the end of the year to encourage people who witness any form of abuse or violence to act.

The See Something, Do Something campaign involves town centres banners, radio ads, social media, and free face masks featuring the message Say No to Abuse which are now available through Liquor Accord outlets and Council libraries.

This project also coincides with the 16 Days of Activism Against Violence which is conducted internationally each year from November 25 to December 10.

It is a 24-hour national sexual assault, family and domestic violence counselling line for anyone.