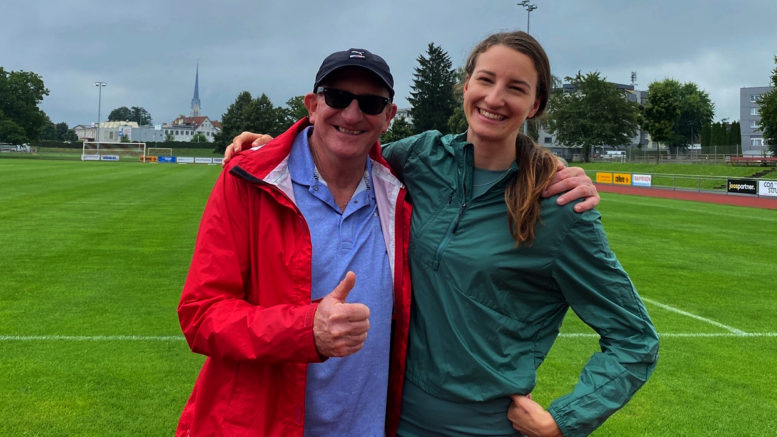 Nominees for the 2021 NSW Champions of Sport awards have been finalised with former Peninsula school girl Olympic High-Jumper, Nicola McDermott and her long-serving coach, Matt Horsnell both up for honours.

After a long year of national record-breaking and top-tier podium placements, including the unforgettable silver medal in Tokyo 2020 (2021), McDermott finds herself in the running for the highly competitive Athlete of the Year.

Coach Horsnell has also been nominated for his efforts behind the scenes in the category of Coach of the Year.

With a primary focus upon on-field performances, McDermott has been selected based on three primary milestones all achieved in 2021.

Most notably, her silver medal winning, 2.02 metre jump at the Tokyo Olympics in August earned Australia its first high jump medal since 1964, was the first NSW Olympic medal since 2004 and it was Nicola’s third national record broken within one year of competition.

She overcame the long-standing glass ceiling of two metres in Australian women’s high jump was overcome at the 2021 Australian Championships in April.

In July, she added one centimetre to her record at the Diamond League in Stockholm, reaching 2.01 metres, only a month before an Olympic performance that made her a household name in high jump the world over.

McDermott’s off-field commitments to her sport and the broader Australian community have also been taken into account with her nomination.

Having set herself the goal of seeing Australian high jumping progress to European standards, she has been involved in the Olympics Unleashed campaign in schools and is the Little Athletics NSW ambassador for 2021/22.

Matt Horsnell’s nomination was made hand-in-hand with that of his prodigy.

Horsnell guided McDermott in the sport from her earliest years of development on the Coast with the local athletics clubs of Mingara and Gosford and has stayed on-board the team that facilitated her growth from the state, to national, to global standard of practice.

In the 11 years this power pairing has been in operation, since Nicola was only 13 years of age in 2010, Horsnell aided in raising 29 centimetres to her personal best jump, from 1.73m to 2.02m.

“Matt Horsnell has remained consistently encouraging, always willing to learn and stayed humble regardless of the success that has come from his hard work,” McDermott said.

“To have him nominated as Coach of the Year is so fitting, because Matt doesn’t just form athletes that perform on the highest level, he has created a group of athletes that have a passion for sport and contribute to the community for the better.

“It is a testament of his heart for people and for our sport.”

The awards night, originally planned to be held virtually, is now scheduled to go ahead at CommBank Stadium on January 24, 2022.

The NSW Institute of Sport will host its own Awards night on Thursday, November 25 and McDermott is nominated for Female Athlete of the Year and Horsnell for Coach of the Year.