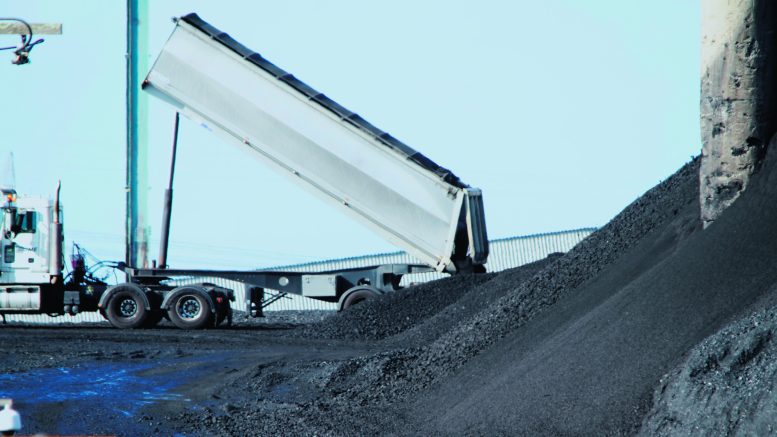 As part of agreeing to Climate Change legislation, some of our politicians have demanded “protection for the mining industry”.

Is this what they want protecting? No, it’s not.

To them the mining industry is the coal industry and they want protection if Australia was to increase its Clean Air limits in 2030 as most of the rest of the world has done and get to zero by 2050.

So they are really looking for protection for the next nine years, very comforting for any young coal miner!

There are two types of coal being mined – metalliferous coal and thermal coal.

Each year Australia exports about 180 million tons of metalliferous coal used mostly in the production of steel and aluminium and about 210 million tons of thermal coal mostly burnt in coal fired power stations generating electricity – a great support for our economy.

There will still be some demand for metalliferous coal in 2030 and perhaps still in 2050 but how much is hard to decide.

There is a lot of research being done worldwide to develop new smelting methods not using coal.

For instance, BHP has a joint exercise with the South Korean company POSCO aimed at developing such a system.

There is no doubt that by 2050 the demand for this type of coal from overseas buyers will have decreased significantly and some countries may well be filling their requirement from domestic coal resources and not importing any more.

Between now and 2050 the number of coal-fired power stations throughout the world will have decreased considerably.

For instance, the last two coal-fired power stations in the UK close in 2024, by 2030 half of the stations in the USA and the EU will be closed and by 2050 most of the rest will be too old to operate.

China and India are legislating for greatly increased renewables, Japan has just cancelled the contract to build its last station and most other countries are moving in the same direction.

This means, of course, that these countries are not going to be buying coal from Australia at the same level as now and many mines will have closed due to lack of business.

As a measure of the future for thermal coal Rio Tinto got out of the business in 2018 and BHP has sold all its thermal coal mines worldwide.

So, you would think that the future of the coal industry in Australia does not depend on some form of “protection” from the Australian Government but on the decisions made by overseas governments and metals and power producers.

However, Keith Pitt, the Minister for Resources and Water, has recently announced that “the future of this crucial industry will be decided by the Australian Government, not a foreign body that wants to shut it down, costing thousands of jobs and billions of export dollars for our economy”.

I think it is going to be fascinating in the next few years to see how the Australian Government changes the attitude of these “foreign bodies” in order to “protect” the Australian coal industry.

I seem to remember a good old Australian saying about a fellow called Buckley!