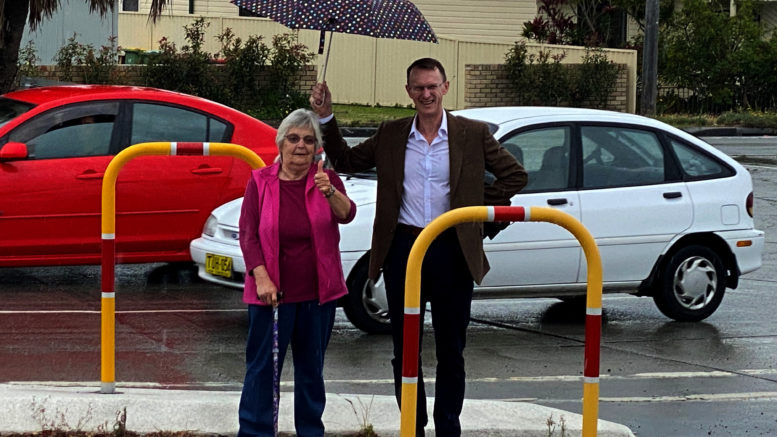 Pamela Slough of Killarney Vale was acknowledged in the NSW Parliament last week with a Community Recognition Statement from The Entrance MP, David Mehan.

She has been tirelessly advocating since December 2017 to have a sheltered pedestrian refuge installed on the busy intersection near the roundabout of South St and Wyong Rd, Killarney Vale.

Slough raised safety concerns about the busy intersection, requesting traffic island barriers be installed on the refuge near the roundabout on South St.

After three years of determined activism, Transport for NSW finally installed a warning sign and one holding rail barrier in September 2020.

Unwavering, Slough continued her campaign for a second rail to be installed on the side of Wyong Rd, noting many young school children use the pedestrian refuge.

Mehan said in Parliament last week that he was happy to report that the second hand rail barrier was installed in October 2021.

“I’d like to extend my sincere thanks to Ms Slough for the years spent advocating for this safety project and protecting the community, proving to us all that hard work truly does pay off,” he said.

“It’s disappointing that it has taken 10 separate representations over four years, as well as a community petition, for the NSW Government to fix a safety problem that shouldn’t exist.”