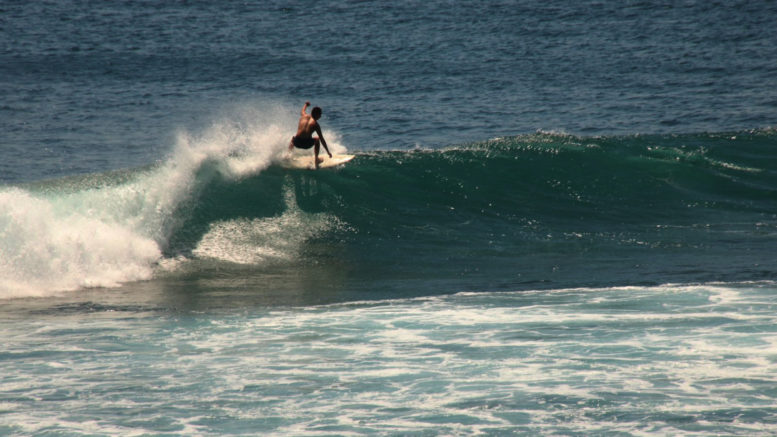 The Australian Irukandjis para surfing team has been selected for the 2021 Pismo Beach ISA World Para Surfing Championship, and two of our best competitors are Central Coast locals.

Coast veteran, Matt Formston, returns to the team in search of his fourth World Championship since 2017; and Umina’s rising star, Jack Jackson prepares for his debut as an Irukandji.

This sixth edition of the Championship will run from December 7 to 11 in the city of Pismo Beach on California’s central coast between San Francisco and Los Angeles.

The nine-person team will be dispersed across seven events and the Irukandjis are determined to improve on their overall seventh-place finish from last year’s competition.

Formston and Jackson will be competing against each other in the Vision Impairment 2 (VI 2) category and they are each likely to be the other’s biggest rival for gold.

The two friends and rivals have been neck and neck in para surf contests for over three years.

Jackson, who is 19 years old, is the only surfer to have defeated Formston in an international competition – in the final of the 2019 Bali Adaptive Pro.

“From memory, I beat him by about 0.1 points,” said Jackson.

“For years it’s mainly just been me and (Matt) fighting it out in every event I’ve competed in.

“He’s a tough competitor but a great bloke too.”

Formston says he believes he must be at the top of his game if he is to walk away with another Title.

“There’s a couple of guys now who are really pushing me more than before, including Jack Jackson from Umina,” said Formston.

“They’re really pushing me to make sure I keep pushing my surfing and innovate because if I skip on what I’m doing they’re going to pick me off.

“Having them is inspiring me to go harder and I’m spending two hours in the gym plus three or four hours of surfing every day.

“I’m making sure I tick every box so when I get to Pismo, if I lose it’s because they’re better surfers than me and not because I’ve missed anything.”

As VI 2 category para surfers, Matt, Jack and their other opponents will face the ocean’s elements almost entirely solo, the only assistance coming from a personal spotter who must communicate the conditions with only words.

“In a 20- or 40-minute heat, we could do the whole heat whilst only using those words.”

The Championship will begin a new episode in the lives of Matt and Jack who will together take part in a documentary film project surrounding Matt’s life story and his passion for big wave surfing.

After Pismo Beach, the two plan on travelling the Californian coast, finding their way to the world renowned surfing hive at Lower Trestles before moving on to Fiji and Indonesia – “charging big waves on coral,” as Matt puts it.

The film, titled ‘The Blind Sea’ is being made by Australian filmmaking collective, Brick Studios and will be in production around the world over the next 12 months.

For now, the focus of the Irukandjis is on early December at Pismo Beach and the opportunity for both personal and team-based triumphs.