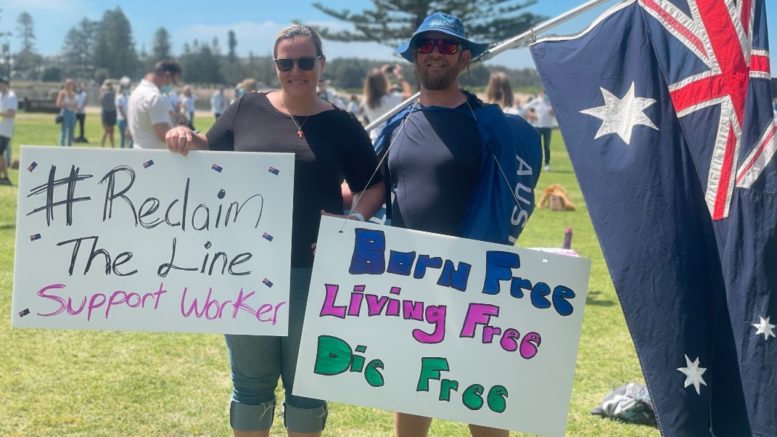 NATIONAL STRIKE: Some Central Coast authorised workers have participated in a authorised strike against the governments’ ‘no jab, no job’ policies.

The industry wide strike action held on Friday #Reclaimtheline was a silent demonstration held across the country – with teachers, emergency workers and tradies standing up for human rights.

CCN attended the rally and interviewed some of the representatives who were keen to point out that they were not ‘anti-vexers’ rather were promoting a citizen’s right to choose.

18 Comments on "Strike action against ‘no jab no job’ policies"