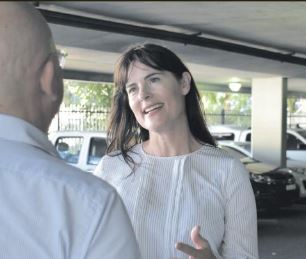 Do politicians have no shame?

We have Lucy Wicks bragging about the Government’s Parking Station rorts scandal as part of a full-page political advertisement, as though corruption is the common experience that we should expect these days (“Lucy Wicks and the Morrison Government are delivering for the Central Coast”, PP 032).

This is a “program” that the Auditor-General found to be one of the most egregious examples of pork-barrelling ever seen (along with the sports rorts affair and the great swimming pool boondoggle), but Wicks is proud to claim that the Government is providing “up to 140 car spaces in Woy Woy Train Station”, as an example of the goodies being handed out to us in exchange for our tax dollars.

The fact that this promise was made in 2019 and that we are no closer to seeing these mirage-like spaces than we were then does not deter her from claiming credit for their existence in the wonderland of Australian political fantasy.

Some might recall that, many months ago, we were promised that the specific site and arrangement for these spaces would be made known within days, yet nothing has transpired.

There is no site for the facility (certainly nowhere that would qualify as being “in Woy Woy Train Station”), no design for the building, no cost estimate of any substance and no indication that we shall see shovels in the ground prior to the 2022 election, which has the advantage that it can be promised again, without costing any more.

Much the same can be said for the 600 car spaces that were promised for Gosford.

The project was predicated on an equal contribution from Central Coast Council, and the Council has made it clear that there is nowhere in our budget for an outlay of this magnitude.

I fear that Gosford residents will also hear more in 2022 about these fanciful spaces in the exchanges of electoral rhetoric.

It is worth noting that, out of the 47 parking projects that made up this scheme, only three have been built, so Central Coast is not the only electorate being dudded in this shemozzle.

Unspent money counts as savings in the federal budget, so the Government will be able to point to its frugality, when it comes to defending its record.

150 masks made for school children

2 Comments on "No site, no design, no shovels"