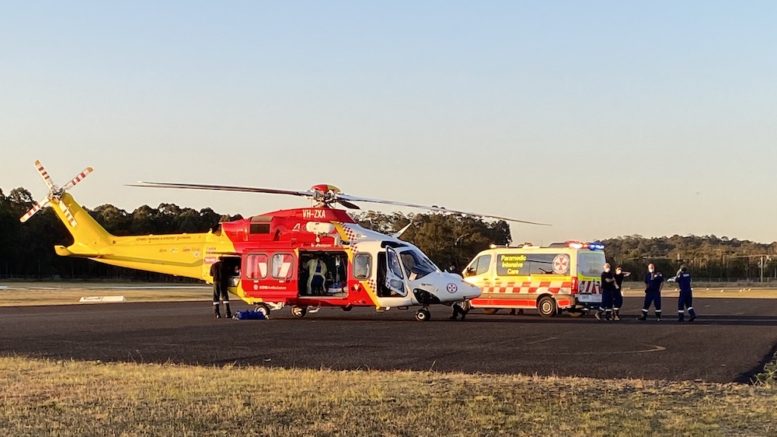 A critical care medical team with the Westpac Rescue Helicopter service was winched down into bushland at Wyong Creek to help a man injured in a mountain bike accident.

The rescue helicopter team was alerted by NSW Ambulance at about 9:30am on Sunday, October 24, to the accident location in Ourimbah State Forest, along Red Hill Rd.

The 39-year-old man had a badly fractured leg after falling from his mountain bike.

He was treated on site by the helicopter medical team, and ambulance paramedics who had driven to the location in a 4WD vehicle.

When the man’s condition was stabilised he was driven out of the area to the waiting helicopter which had landed at a nearby property.

The man was flown to Royal North Shore Hospital in a stable condition, for further treatment.