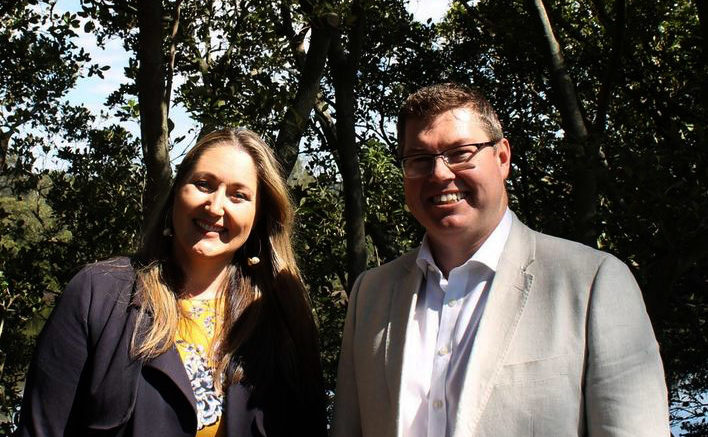 Member for Dobell, Emma McBride, has described the Federal Government’s announcement of its plan to deliver net zero emissions by 2050 as a “major let-down” for the Central Coast.

Prime Minister Scott Morrison said the Government would “act in a practical, responsible way to deliver net zero emissions by 2050 while preserving Australian jobs and generating new opportunities for industries and regional Australia”.

“Our Plan continues the policies that we have already put in place and that we know have worked,” Wicks said.

“Our technology-driven approach will continue our strong emissions reduction record while preserving traditional industries and establishing Australia as a leader in emerging low emissions technologies.”

Wicks said the latest official projections showed Australia was on track to reduce emissions by up to 35 per cent by 2030, “well above our target of 26-28 per cent”.

But McBride said there was no new policy in the announcement.

“The Government hasn’t provided modelling for their plan, or legislation,” she said.

“Just last week in Parliament, they voted against legislating net zero emissions by 2050.

“This is a government that claims it wants to reduce emissions ‘the Australian way,’ without risking jobs in regional communities like the Coast.

“At the same time, they refuse to put a stop to risky projects like PEP-11… a project that would devastate our local environment, our marine life, and our local economy.

“It would put thousands of jobs at risk, but the Government is still refusing to act.

“If they can’t rule out dangerous projects like PEP-11, they can’t be trusted with Australia’s national climate plan.”

A joint press release issued by Prime Minister Morrison and Minister for Industry, Energy and Emissions Reduction, Angus Taylor, said the plan was based on existing policies and would be guided by five principles to ensure Australia’s shift to a net zero economy would not put industries, regions or jobs at risk.

These principles are: technology not taxes; expand choices not mandates; drive down the cost of a range of new technologies; keep energy prices down with affordable and reliable power; and, be accountable for progress.

The Plan focused on driving down technology costs and accelerating their deployment at scale across the economy, the release said.

It said the Government’s existing $20B investment in low emissions technology was expected to unlock at least $80B of total private and public investment, including in clean hydrogen, carbon capture and storage and energy storage.

The plan also identified the potential for continued technology advances and breakthroughs to unlock ultra-low-cost solar, it said.

Minister Taylor said the plan had been designed for Australia and would not “shut down coal or gas production or require displacement of productive agricultural land.

“Under our Plan, the Technology Investment Roadmap and global trends will see Australia reduce its emissions by 85 per cent by 2050,” he said.

“We are committed to closing the gap to net zero over the next three decades in a way that is consistent with Liberal Party and National Party values.”

More than 50 health and medical groups have responded to the plan by calling for more ambitious climate action, including a stronger 2030 target.

The health organisations called for the government to legislate a 75 per cent reduction in greenhouse gas emissions below 2005 levels by 2030 to reach net zero by 2035, in line with the recommendations of climate scientists.

A joint statement from 38 climate advocacy groups called on the Government to drive the slashing of emissions this decade.

“The lion’s share of pollution from coal, gas and oil needs to be cut this decade if we are to avoid the catastrophic impacts of climate change,” the statement said.

“At a minimum, the Government needs to match the 2030 targets of the United States, the United Kingdom and trading partners like the European Union and Japan.

“This will require a commitment for Australia to at least halve our climate emissions by 2030.

“Getting to net zero emissions means we need immediate, active plans to boost the renewable energy transformation, to shift to renewably-powered transport, to protect and restore our forests and bushlands, and to end public subsidies for fossil fuel industries.

“Of particular concern … is that the details of the deal the Federal National Party obtained from the Liberal Party are not transparent.

“It would be deeply counter-productive if approaches have been agreed to extend the use of fossil fuels or support further destruction of forests and bushland.”