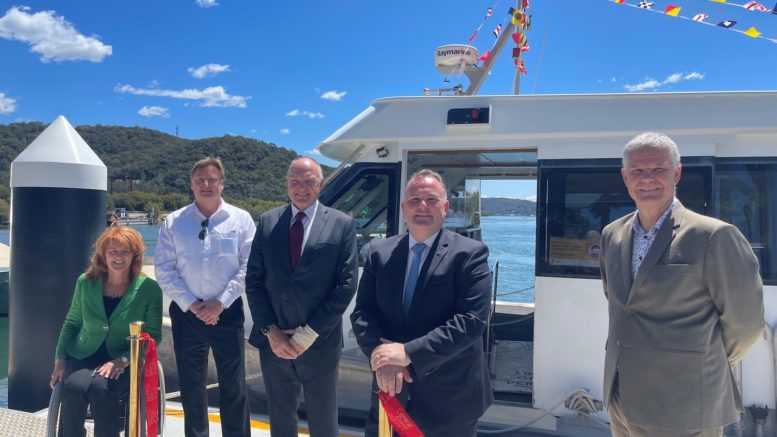 A COVID restricted crowd of 50 invitees attended the wharf opening, complete with a jazz band playing at midday on Monday.

The wharf was officially opened by Council Administrator Rik Hart and MP Adam Crouch, Parliamentary Secretary for the Central Coast.

Criticism of the delay in officially opening the wharf had been raised by locals and supported by Gosford MP Liesl Tesch last week. Though it was reported that there were a series of minor works that needed to be completed before the wharf was declared fully operational.

Using a floating pontoon allows the wharf to rise and fall with the tide conditions served up by Brisbane Water and this ensures access to ferry services, even during challenging weather conditions.”

Read the fulls tory in this week’s Pelican Post, out Thursday.