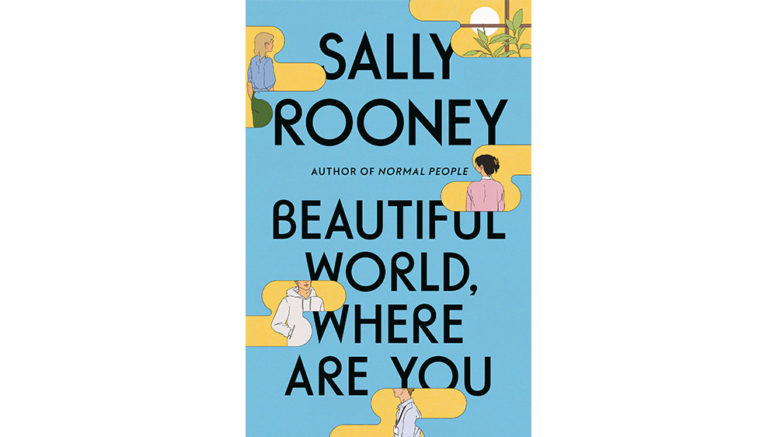 Sally Rooney wrote the very popular Normal People, which was less popular with me.

I didn’t like how Marianne, the female protagonist, who was supposed to be smart, allowed herself to be used.

However, since it received so many glowing reviews, and was made into a television series, I thought it might just be my issue.

Also, since I read that book years ago I forgot how much I didn’t connect with it.

That was until I read Beautiful World, Where are You.

Alice and Eileen are friends from university who seem to have a relationship based on long drawn out emails discussing anything from how plastics have made the world ugly to politics to the Bronze Age.

You know, the typical emails between twenty-year-old women who are trying to impress the reader with how smart they are.

Smart that is until they form relationships with men.

Eileen is beautiful and intelligent, won academic awards while attending university but now works for a literary magazine and her sister feels she is not living up to her potential.

Simon is her childhood friend and her lifelong crush, and he is a very devoted Catholic (I mention that because it is mentioned often in the book).

Their relationship is platonic until he invites her to Paris when things get hot.

But for some reason, although they really like each other and meet for the occasional booty call, Simon has various girlfriends throughout the years and Eileen spends a few years living with her boyfriend Aidan.

After three years Aidan and Eileen break up and now she shares a flat with some flatmates that don’t seem to care for her.

Alice on the other hand was a troublemaker at university, called a professor a “fascist pig”, did not make friends easily – the opposite of Eileen.

However, she became a very successful author and moved to New York.

She kept in touch with Eileen until she stopped replying to emails and deleted her social media.

It was Simon who notified Eileen that Alice was back in Dublin and had been admitted to a psychiatric hospital for a mental breakdown.

When Alice is discharged, she rents a rectory in a small town a few hours outside of Dublin.

This is when the emails with Eileen pick back up.

Alice meets Felix through a dating app and the smart, successful woman then allows this tosser to use her (and the penny drops on why I didn’t like Normal People).

I found this book annoying.

The emails between Alice and Eileen were ridiculous.

Do people write emails like these to each other?

Do friends not pick up the phone (or am I showing my age with that sentence).

I mean these emails went on and on and I lost interest.

The characters were not very likeable, maybe Simon a little bit, but the others… jeez.

Other reviews refer to the new notion of “millennial romance” – some with intrigue, others with disdain – in which reflections on temporary relationships are interwoven with reflections on all the ways in which human civilisation is facing collapse.

“We are standing in the last lighted room before the darkness,” says Alice, “there is no chance for the planet, and no chance for us.”

To which Eileen replies, “Maybe we are just born to love and worry about the people we know … in fact it’s the very reason I root for us to survive – because we are so stupid about each other.”

Sally Rooney will probably come out with another book in a few years and I will forget how I felt about this one until I start to read it and then recall, “oh yeah, I didn’t like her last book, or the book before that either.”