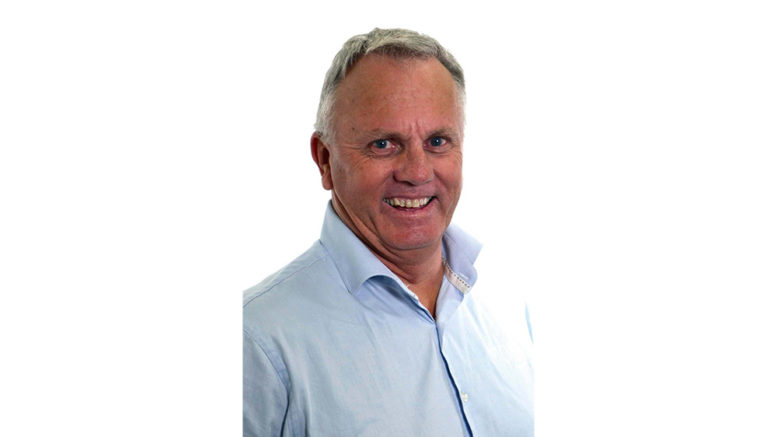 Van Keimpema said that the honour came as a complete surprise.

“I was absolutely ecstatic, it came as a massive surprise, and I’m just shocked to be awarded with the highest honour that Surf Life Saving Australia gives out.

“I got involved with Shelly Beach SLSC in 1992 when my children joined as nippers and I’ve never left,” Van Keimpema said.

Van Keimpema is currently the NSW Surf Sports Chair and continues to officiate SLSC competitions on a local and an international scale.

His first time officiating a competition was at the SLSC National Championships in 2003 and has been a deputy referee for eight years.

“I was involved in sports development from 2008 to 2010, and we were looking to create pathways for officials and improving their skills.

“I visited Malaysia and Sri Lanka to teach lifesaving skills to them, and it’s really given me a great perspective on lifesaving,” Van Keimpema said.

In his capacity as NSW Surf Sports Chair, Van Kiempema has worked tirelessly to develop youth pathways in Surf Sports.

In 2017 alongside other states, he launched the Youth Pathways Cup which provides a performance pathway for under 14’s and 15 members.

“The sports manager and I at the time decided that we needed another pathway for the younger athletes, so we came up with the concept for the Youth Pathways Cup and pitched it to the other states and they all got on board.

Van Keimpema said that the sense of community a surf club provides was a factor in his decision to join.

“I think it was the sense of community, and mateship and meeting people from all walks of life that really drew me in.

“In our club we have carpenters and doctors and everything in between, and the surf clubs are all their little own community.

“It’s a really great community that is second to none,” Van Keimpema said.

Feels great to be back on the beach