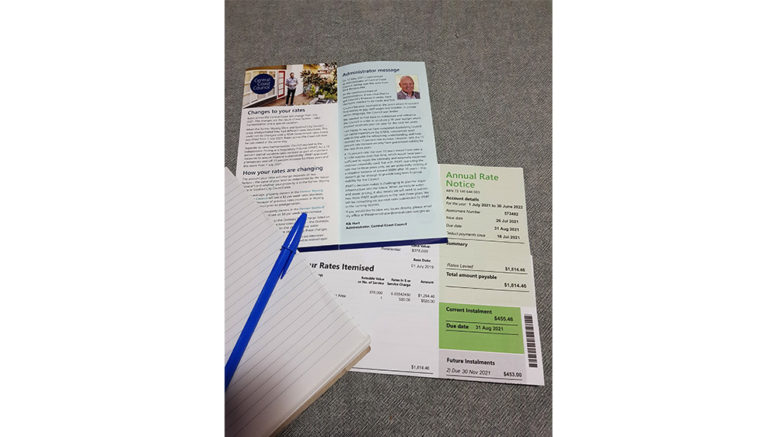 Council Administrator, Rik Hart, has attempted to explain why ratepayers within the former Gosford City Local Government Area have been burdened with rate increases significantly higher than the 15 per cent approved by the NSW Independent Pricing and Regulatory Tribunal (IPART).

Hart took a moment at the start of the August 10 Council meeting to acknowledge that more than half the residents who’d already received their 2021-22 rates notice were “not very happy”.

“I know a lot of you have already received your rates notice. Just under a half are happy and the other half are not very happy,” Hart said.

He said a “consistent concern” expressed in the many emails he had received on the subject was that “people say we have increased the rates more than the 15 per cent Special Rate Variation IPART has granted us”.

“The first thing to take into consideration is that Wyong actually put in a rate increase which has been in existence three out of the four years it was planned for and is still in existence today.

“Gosford Council was talking about doing this but unfortunately didn’t do it.

“Gosford residents have been benefiting from not having to pay rates that reflected the true cost of services they were receiving,” he said.

“When we combine the two together, before applying the 15 per cent, we have Wyong residents falling back and Gosford residents going forward,” he said.

Hart said because the former Wyong Council had applied for an SRV and Gosford had not, Wyong residents had been “subsidising Gosford residents by $180 per year”.

“The second thing is that the residential property values, the land value done by the Valuer General, does determine how much you pay in rates, and whether you consider it lucky or not… your property values have gone up 27 per cent more than Wyong,” he said.

“On top of that new value we have put 15 per cent on top of everybody’s rates.”

Cessnock has no minimum rate and averages $1890 for ordinary rates, Hart said.

“Central Coast still is getting a pretty good deal for their rates.

“Hopefully people can understand why they are higher in the Gosford community and we haven’t had any complaints from the Wyong community.”

Hart said there were hardship arrangements available for a nine-month period for rate payers experiencing hardship.