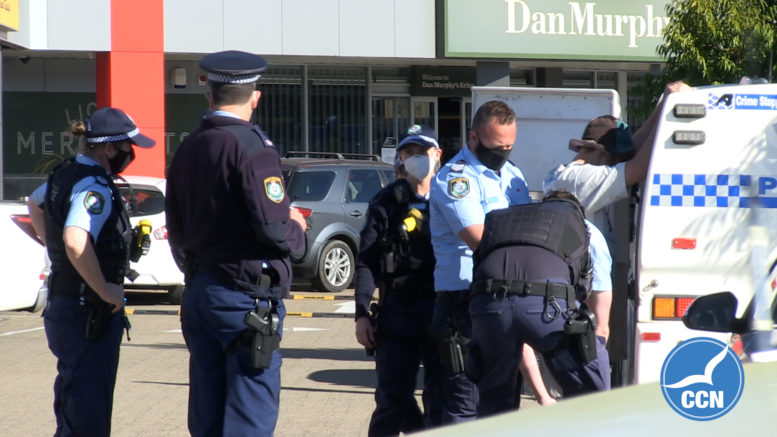 Police have responded in numbers to a protest against mandatory vaccinations for aged care workers in Erina this morning. A 27-year-old man has been taken into custody as the Central Coast remains in lockdown.

A Central Coast protester taken away by police – after rallying for medical freedom.

The 27-year-old man fined for breaching public health orders and for failing to move along.

But the man was not alone – as calls against the “no jab, no job” policy intensify.

After the Federal government made it compulsory for aged care workers to get vaccinated.

The Morrison Government has given those working in the industry up until mid-September to get the first dose.

However as reported last week – the Central Coast is in short supply – with local clinics booked out until August.