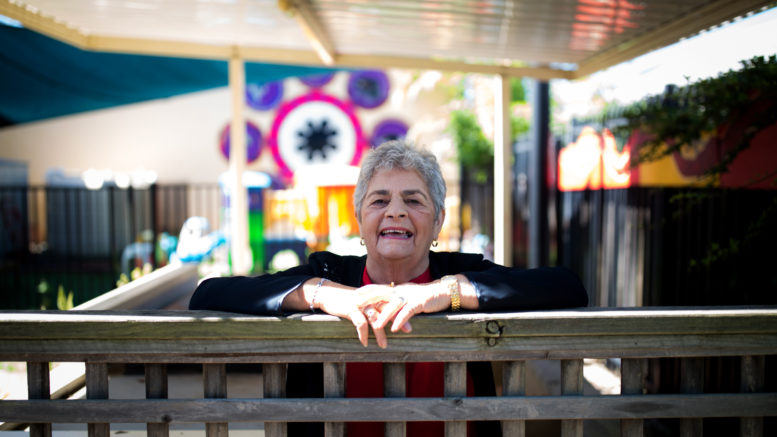 At the forefront of Umina’s Mingaletta Aboriginal and Torres Strait Islander Corporation stands Aunty Dianne O’Brien, a woman who has faced an extraordinary tale of abuse, survival and hope.

And now the Mingaletta chairperson, popularly known as ‘Aunty Di’, has released a memoir of her life.

‘Daughter of the River Country’ tells the tale of Aunty Di’s experiences through growing up as part of the ‘Stolen Generation’, of suffering from domestic violence and alcohol addiction, and of finding her way into activism.

The 336-page book is told through a series of journal letters she wrote throughout her life.

“They were all my journals – when I went to Paramatta Girls Home Dad burnt a lot of them, and then when I had my first child, I started to take diaries again,” Aunty Di said.

“One day some of my great aunties said, ‘Why don’t you write a book?’ and I said, ‘Oh I’ll write a book for my kids to let them know their inheritance, to know their history, who they are’.

“It was called ‘On my Own’ because I was always on my own doing stuff – even through all the violence is in the book, I was still on my own with the kids.

“I used to make all these strategies up to get off alcohol, drugs, suicide, mental health… some things worked for me, some things didn’t.

“I was thinking of all the mental health and domestic violence around the world, I wondered if this book would make a difference to some women to stand strong.

“Then the book turned out to be (about) strategies … along the way people have told me that I have made a difference in their lives, by being a mentor, doing the education programs.

Born in Wagga Wagga in the 1940s, Aunty Di was immediately taken from her Aboriginal mother and grew up believing her adoptive Irish mother, Val, was her birth mother.

Val promised her one day that they will take a trip and that she will ‘tell her a secret’ but died before she gets the chance.

Dianne was abandoned by her adoptive father and raped at the age of 15 and later forced to marry her rapist in order to keep her baby.

She then endured horrific domestic violence at the hands of different partners.

Aunty Di said she has used the process of journaling to help heal and found it a useful way to educate her children of her experiences.

“I get my anger out, my emotions out, it’s all written out,” she said.

“I [can] get it off my chest so I can walk away and try to forget a lot of things.

“The [family are] just blown away as my kids didn’t know about my life.

“It was a great shock to some of them …there were questions.”

She said publishing the book was another way of letting go.

“I always say to people, you have to stand up to be counted and that’s to my people, Aboriginal people, and unless you do that, you’re never gonna get in front,” she said.

“I think more people should stand up and be counted because there’s a lot of stories out there like mine that haven’t been heard.”

The memoir then details Aunty Di’s experience learning she was Aboriginal at the age of 36.

She also learnt that her great-grandfather was William Cooper, a famous Aboriginal activist, kicking off a whole new journey into community leadership and activism.

“I’ve been honoured to be a leader,” Aunty Di said.

“I respect people and I’m not judgmental, I’ve been there and done it.

“I think it’s great how people have come into Mingaletta, it’s like a big family, a safe place for people to come.

“I’m proud of the ‘Sisters Together’ program and all the programs like mental health and suicide prevention we do there.

“I don’t care if I get paid, that’s my pay, looking up at people’s faces and seeing how they’ve done the challenge and come through.”

Along with her role as Chair of the local Aboriginal and Torres Strait Islander community hub, Aunty Di She said she also made the decision to publish the book outside of Australia.

“My Elder said to me, ‘Don’t sell it to our own people because we have enough books in Australia about our history’.

“Put it out there to another country where they know nothing about what happens here with Aboriginal people.”

The book is available for purchase online and in all local bookstores.

Group to fight over-development of Peninsula

Be the first to comment on "Daughter of the River Country"