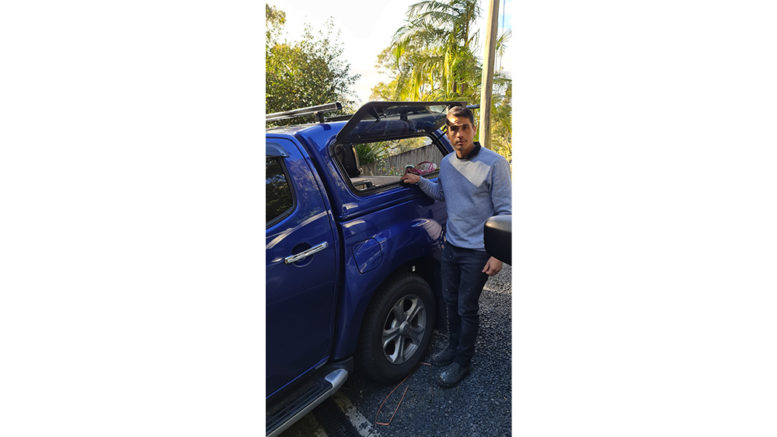 Daniel Gutierrez of Renovate a Space

Daniel Gutierrez of Empire Bay is just one of thousands of Central Coast workers who will struggle with the recently announced pause on construction works throughout Greater Sydney, including the Coast.

From July 19-30, only urgent emergency repairs can be carried out or safety work to secure construction sites, with fears the ban could be lengthened if COVID-19 numbers do not decrease.

Gutierrez, who is the owner of Construct a Space operating as Renovate a Space, said he couldn’t be shut down for longer than two weeks before things would start to go sour.

“We do renovations and extensions, internal modifications such as kitchens and bathrooms and decks,” Gutierrez said.

“A couple of my clients have been left with half-finished bathrooms and even if I could go in and finish them, I can’t get materials because those places are closed, or the ones that are still open are running short on supplies.

“I just don’t know what’s going to happen and it’s even more worrying that I had a few jobs lined up, almost at the point of taking a deposit, but whether or not they’ll go ahead I don’t know.

“That’s when I’m going to start feeling it, and I reckon people will hold back on getting work done because of the uncertainty of how long the lockdown goes on.

“This is uncharted grounds, I couldn’t even give my apprentice a definite answer, I just don’t know what’s going to happen.”

Meanwhile, Business NSW Central Coast is calling on the NSW Government to re-open the construction industry on Monday, July 26, under reduced operating conditions.

“It is estimated the construction industry closedown is going to cost the NSW economy between $800M and $1B a week, in addition to the wider lockdown making this a $2B per week problem for businesses,” Regional Director, Paula Martin, said.

“The Central Coast relies on the construction industry to support upwards of 44,000 locals and their livelihoods.

“We would like to see a re-opening of building sites early, in a safe but reduced way.

“Announcing a re-opening date of July 26 will give those businesses without a proper COVID Safe plan time to develop one and give an opportunity for businesses to order and receive materials in time for a recommencement of trade.

“When they were confronted with similar issues, the Victorian Government allowed 25 per cent of the regular workforce for large construction projects, and a maximum of five workers and a supervisor for smaller jobs.

“For outdoor sites, we should allow a set number of workers per hectare, considering outdoor transmissions of the virus is less of a risk than indoors.

“Everyone is aware of the dangers of the Delta variant, however the current blanket close down of this industry is disastrous for the economy, and for the Central Coast this represents upwards of 25 per cent of our business.

“Many businesses may forced to permanently close.

“We are facing a significant mental health crisis with so many workers unable to earn a living in a safe way.

“I cannot stress enough the importance of getting vaccinated as soon as possible, in order to reopen our economy.”

1 Comment on "Construction ban will hurt many for months"