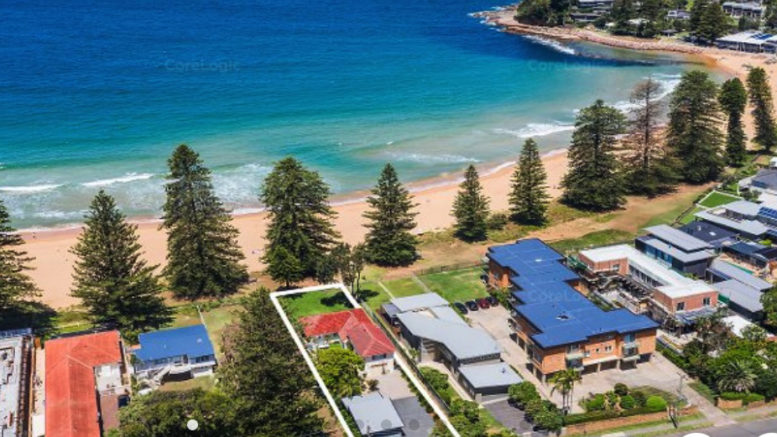 Avoca Beach is breaking new ground in the beachfront residential property market, with one property sold for $7M in February this year.

The older style 1960s property was updated over recent years.

Property Valuer Todd Beckman says it has been unbelievable to see the rate at which property prices on the Central Coast have been rising during the first half of 2021.

His report in the Herron Todd White June 2021 Month in Review says that the first quarter of 2021 shows the market bouncing back very strongly from any concerns there might have been in 2020, and the second quarter continuing to grow.

Beckman said agents continued to report that demand was still outweighing supply, so it was difficult to know when the market would slow.

“Agents are trying to entice homeowners who could be considering selling to bite the bullet, however homeowners now find themselves in the difficult position of competing against droves of buyers to find a new home,” he said.

“At the same time, the rental market is stronger than ever and, in some instances, removes the option to rent if they cannot find a new home to purchase.

Becjman say prestige properties throughout the Central Coast region have continued to be in strong demand.

“Not only is Avoca Beach breaking new ground in its beachfront residential dwelling market, the unit market is also showing signs of improved conditions with a clifftop reserve unit confirmed to be under contract for $4.5M through George Brand Real Estate.”

Beckman said another prestige property sale worth mentioning was 39 Caroline St, East Gosford, which sold in February 2021 for $5.25M.

“The established mansion spans a double waterfront block, with five bedrooms, three bathrooms and a four-car garage with a total dwelling area of 702sqm,” he said.

Another remarkable result is a house at Mount Elliott that beat its own previous record by $900,000.

The house changed hands four years ago in the previous boom in 2017 for $1.85M and according to the agent, has only had minor improvements in the intervening years.

While the prestige market is strengthening, so too is the sub-$1M market segment according to Beckman.

“Suburbs on the fringes of Gosford, such as Wyoming, Narara and Springfield, just to name a few, are in high demand.

“Buyers for property in these areas include first homebuyers, locals looking to upgrade and out-of-area buyers who are predominantly from Sydney.

Beckman said the Peninsula area had also flourished during the upswing in the property market.

“Geographically, the closest to Sydney, it continues to tempt city dwellers to move north or purchase an investment,” he said.

Beckman said the driving force for growth in the first half of the year for the whole Central Coast region has been the hungry appetite of owner-occupiers as opposed to investors.

Other factors considered to have contributed are the rise of remote working, record low interest rates and restrictions on international travel increasing the appeal of a sea change or holiday home.

“It is widely publicised that the Central Coast region is seen to be an affordable location for Sydneysiders and until this sentiment changes, it is expected that property prices will continue to rise.”