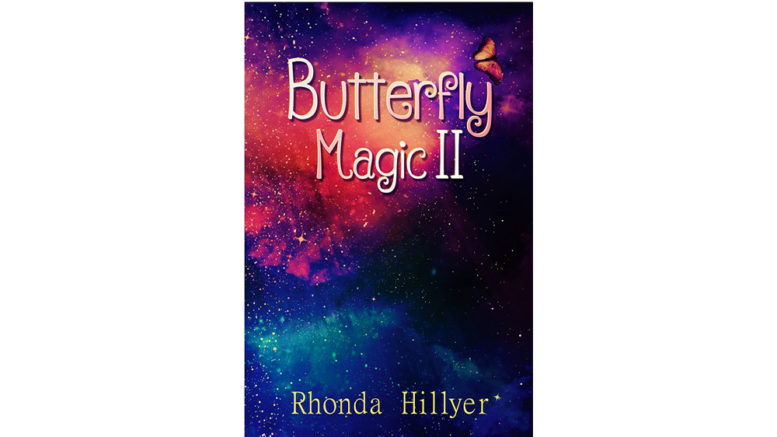 The inspiration for the children’s book Butterfly Magic II came from meandering around the Central Coast in a walking group, according to local author Rhonda Hillyer.

“When I retired in 2007 I joined a group of walkers called The Meanderers,” Hillyer said.

“I travelled all around the Central Coast and really came to love the area and wanted to share it with as many as I could.”

The book is set on the Central Coast, which was also the setting of Hillyer’s preceding book, Butterfly Magic, published in 2013.

“They are both fictional fantasies written for children, rather than factual nature stories about butterflies,” she said.

“This second book takes place during the Christmas season in the hot days of summertime.

“Events begin when a prank is played by one of three volunteer firefighters acting as Santa’s elves.

“While escorting Santa to a Christmas party, the prankster sees a scarecrow on a front lawn.

“Pulling the scarecrow out of the ground, he places it next to Santa on the fire truck.

“After the holiday party is over, the fireman forgets to return the scarecrow, which makes its owners upset, and they threaten retribution.

“They kidnap the grandson of one of the firefighters, who is taken to a small island cave off the coast, where he is left caged.

“The captive boy is visited by a witch, a serpent, and magical monarch butterflies.”

The butterflies in the story travel throughout the cosmos, maintaining the balance that ensures a safe universe.

Rhonda Hillyer left school at 15, married at 19, was a mother at 20, went back to school at 25, sat for the Higher School Certificate, where she won a Commonwealth Scholarship at 27, and studied at what is now the University of Technology for the next three years, graduating at the age of 30.

She worked for 34 years as an accountant, trained in Tae Kwon Do and gained three black belts, was undefeated competing in tournaments, winning 10 gold medals.

The book is available through Amazon or the softcover version can be ordered through the publisher’s website: www.sbpra.com/RhondaHillyer or at your favorite book seller.