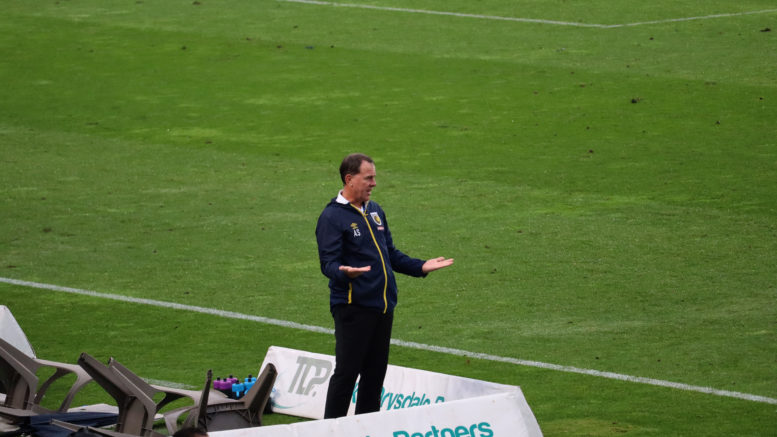 Alen Stajcic and Nahuel Arrarte have stepped down from their roles as Head Coach and Assistant Coach respectively of the Central Coast Mariners A-League side.

The club confirmed the move on June 17.

Stajcic and Arrarte arrived at the Mariners in March, 2019, and now depart having taken the side to last weekend’s A-League Elimination Final.

Stajcic reflected positively on his time at the club and on the journey of the previous two years.

“After a long period of discussions and reflections I have decided that I want a new challenge and to go in a new direction in my coaching journey,” he said.

“I came to the club in 2019 when it had just one win in 22 matches and when I was also at a crossroads in my career.

“I came here with enormous goodwill and today I leave with a lifetime of bonds, friendships and memories.

“I would like to express my enormous gratitude to Shaun and Mike for giving me the opportunity to coach in the A-League and giving me with task of turning the club around.

“I will be forever grateful.

“I believe I have repaid that faith and trust placed in me and I believe the club is in a much better position now than it was at that time.”

Mariners CEO, Shaun Mielekamp, thanked both men for their contribution to the club.

“On behalf of everyone at the club I would like to thank Alen and Nahuel for their tremendous contribution to the club, that has resulted in delivering an outstanding season,” Mielekamp said.

“We wish them all the best in the future as they look to take on their next challenges.

“Alen and Nahuel came to the club to help restore pride and credibility.

“I am confident that the legacy that Alen and Nahuel leave the club will remain with us going forward.

“The focus is now to ensure the club continues to move forward and build upon the success of this season, and we are well progressed in setting up the structures for next season and once things are finalised we will make announcements accordingly.”

Montgomery is the new head coach at the Mariners