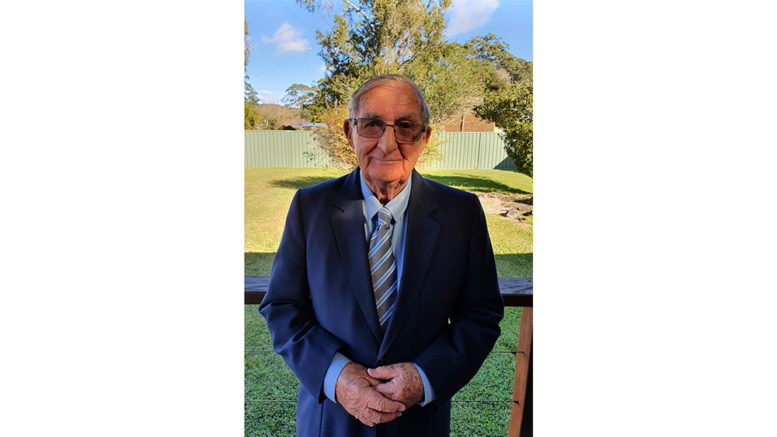 Brian Gee joined The Entrance Surf Life Saving Club in 1948, when he was 16, and since then he’s been involved in almost every role in club operations and, not only that, he has thrown himself wholeheartedly into the world of junior rugby league.

In recognition of his contribution to sport, just in time for his 89th birthday, he has been awarded a Medal of the Order of Australia (OAM) in the Queen’s Birthday 2021 Honours List.

“I was astounded when I found out, I must admit,” Gee said.

“I love sport and I didn’t know you got rewarded like this for doing the things you love.

“I was quite overcome by it actually, it was a nice feeling, but you don’t look for those rewards, you just do these things because you enjoy it and I’ve loved every minute of it.

The year after he joined The Entrance Surf Life Saving Club, he became Junior Club Captain in 1949 and 1950, then moved through various roles to Patrol Caption from 1963 to 1967, becoming an Executive Committee Member from 1965 to 1986.

Gee is a former Chairman of Internal Judiciary Committees, a former Branch Delegate and is the surf club’s historian.

Gee is the Patron of the Central Coast Division of Junior Rugby League and over the years, he has been on the general committee, an Assistant Secretary, and member of the Judiciary Committee from 1985 to 2013.

Other awards and recognition include: the Service to Sport Award from Central Coast Sports Federation in 2012; a Merit Award from Country Rugby League in 2012; and, the 50-year Service Award from Surf Life Saving Australia in 1999.