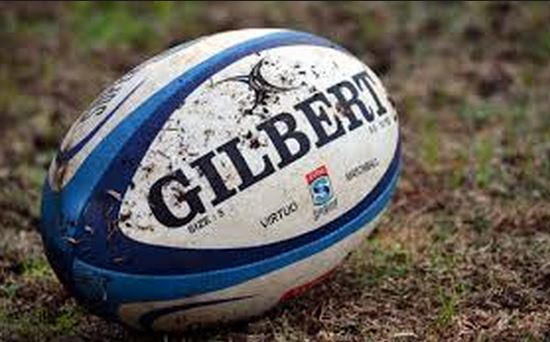 The NSW Country Rugby Championships were held in Tamworth over the long weekend from Saturday to Sunday, June 12 – 13, with the three Central Coast representative sides each putting in a strong showing for their region.

The most successful team was the Under 19 Colts side who now, for the sixth time in seven years, have finished in second place after losing in the Grand Final.

The Open Men and Women teams each won a single game out of four and finished in fourth place overall out of five teams.

It was a gruelling week of rugby for the three teams, with a total of 12 matches being played between them over the 2 days.

The highlight for the Men was a win against Newcastle Hunter, 29 – 10, their third game of Day One.

It was a derby clash between two neighbouring rivals, and both were keen to defeat the other.

Although starting off quite evenly with very physical contact at the breakdown, the Central Coast soon began to play the better rugby as they gradually took control of the match.

This was the last game for the Men, who failed to reach the finals stage, meaning the team was able to finish the tournament on a positive note.

For the Women, Game Three against Mid North Coast was their proudest moment once their 31 – 15 win was secured with the final whistle.

The Central Coast side were seeking pay back after falling to this team in Game One, and they controlled proceedings right from the very start.

The Colts team started their tournament off with a close win over Illawarra, 12 – 7, and continued with their second win of the day against Far North Coast, 10 – 0.

On Sunday, the team faced rivals Newcastle Hunter and had their first defeat in a tightly contested match finishing 10 – 0.

With a very quick turn around necessary for their mid-morning match against New England, the Colts impressed greatly in their 34 – 0 victory.

The three out of four wins earned the Colts a place in the Grand Final, yet they were to once more face Newcastle Hunter.

Both teams were fired up for this match and it showed in the solid defensive efforts of both teams.

Hunter was the first to score in this match, but a try for the Central Coast’s Kurt Ferrari at the end of the first half levelled the score at 7 – 7.

It was a 90 metre try where Flyhalf, Braedyn Hutchinson-Walters, made the initial break before passing to Ferrari who, true to his name, sped for the remaining 70 metres to score under the posts.

The second half continued with the same intense efforts coming from both teams, so much so that neither were able to post any points until the final play.

Past full time, a heartbreaking try was scored by Hunter to snatch the win of 14 – 7.

With five matches played by the Colts over two days, the end was a disappointing round off to an otherwise exceptional performance.

For Colts Coach, Nick Meyers, the disappointment from the final was reiterated, although he noted some important and positive aspects from the weekend as well.

“The boys played really well all weekend, so by the last game of three on the second day alone, they were knackered,” he said.

“It’s hard enough losing a final, but even harder losing it 40 seconds after the buzzer.

“However, it is what it is, and the boys took the loss very much in their stride, were very professional about it and understood the bigger success achieved over the whole weekend.”

The team’s captain, Mitch Parker, also shone with consistent stand out performances in every match, along with Number Eight, Ben Dunning, and Fly-Half, Braydon Hutchinson-Walters.

“All these players are very experienced, and they all shined,” continued Meyers.

“Nonetheless, not one man makes a team, and from 1 to 20, all team members worked for each other which is an awesome thing to happen in a country champs.”