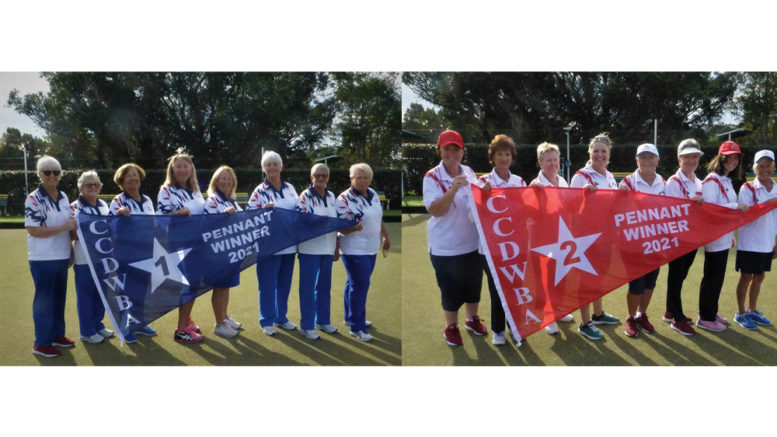 The 2021 Women’s Pennant Season concluded in the post sectional play offs held at Canton Beach on May 31 and June 1, where teams from across the Central Coast competed for Pennant flags.

Over the two days, approximately 40 bowlers played in the sunshine with hundreds of spectators cheering on.

In Grade 3, which was played on both days, Wyong beat Ettalong.

And in Grade 4, Umina beat Gwandalan on Tuesday.

“Monday and Tuesday were both successful days, we had lovely weather and a couple of hundred spectators,” President of Canton Beach Women’s Bowling Club, Christine Gooch said

After the finals the teams paraded around the rink, and after that they were presented with their pennant flags.

The winners of the post sectional play offs will be playing in the regional playoffs where Ettalong Memorial One will face Charlestown in Grade One, Munmorah UTD Two will play Wangi Wangi in Grade Two.

Wyong will play Boolaroo in Grade 3, and Umina Beach will face Swansea Workers in Grade 4.

The regional play offs against the Lake Macquarie District will be held at Everglades Bowling Club in Woy Woy South on June 27.

The winners of that competition will then advance to play in the state finals.

“We’re in the Southern District so we’ll play Belmore and Port Macquarie in the State Finals in July,” Gooch said.

The Canton Beach Women’s Bowling Club is celebrating their 67th birthday this year.

Headspace helps build careers but not in Wyong