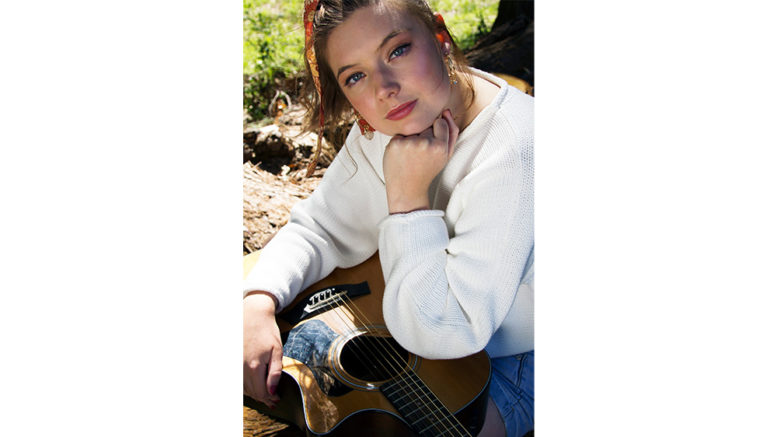 Lisarow singer songwriter, Lucy Parle, has won the teen category in the International Songwriting Competition (ISC) for her song BACK UP.

The single is set to be officially released on Friday June 4 by Boutique Australian indie label Double Drummer.

At just 17 years of age and currently completing her final year of high school, the competition win has set Lucy up for a bright future. “When I was young my grandfather told my mum, they I could sing so they enrolled me in a vocal lesson when I was around 8 years old,” Lucy said.

She said she remembers writing songs as a young child and recording voice memos on her phone from a young age with Taylor Swift inspiring her to learn guitar.

“Releasing an EP in 2017 was my first recording experience and I released my first single called Crayon Sun in 2020 which did really well on Triple J Unearthed High.

“After school I definitely want to continue music and maybe release an album.”

The ISC is the world’s largest songwriting competition, with over 23,000 artists entering in 2020 and included Coldplay, Dua Lipa and Tom Waits on the judging panel.

Lucy was in good company, with other category-winning Australian artists including Birds of Tokyo, Mia Wray, Mia Rodriguez, Golden Features, The Presets and Merci, Mercy.

Her accomplished songwriting has also recently awarded her another win and finalist placement in the Youth category of the Australian Songwriters Association as well as a nomination for ASA Songwriter of the Year (supported by APRA/AMCOS).