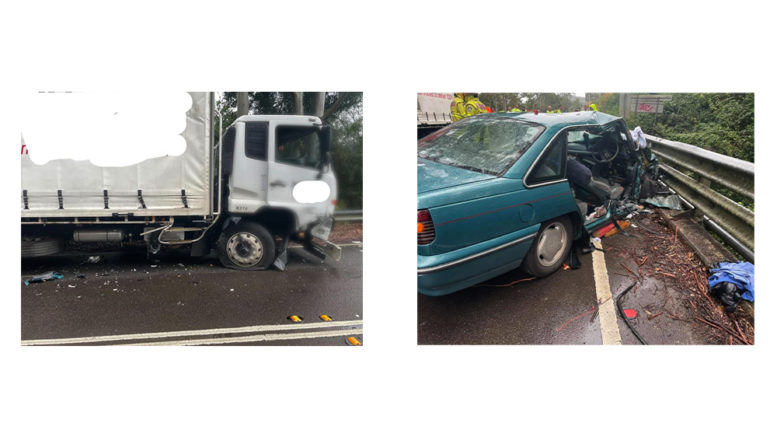 In the early afternoon of Thursday, June 10, the Westpac Rescue Helicopter and Ambulance crews were called to a head on collision between a car and a truck on the Pacific Highway, near Dalgetty Rd, Kangy Angy.

A 27-year-old female was trapped in the car and the Central Coast Volunteer Rescue Squad needed to remove the side of the vehicle to safely release the woman, while crews from Tuggerah Rural Fire Brigade and Wyong Fire and Rescue provided immediate fire protection.

The woman, who sustained arm injuries in the collision, was treated at the scene by the aircraft Critical Care paramedic and doctor, as well as Ambulance paramedics.

Her condition was stabilised and she was airlifted to John Hunter Hospital for further treatment.

Another two people were transported to Gosford Hospital by ambulance.

The road was closed between Old Tuggerah Rd and Dalgetty Rd from 1.30pm until about 8pm while rescue crews worked to clear the site and Police investigated the incident.