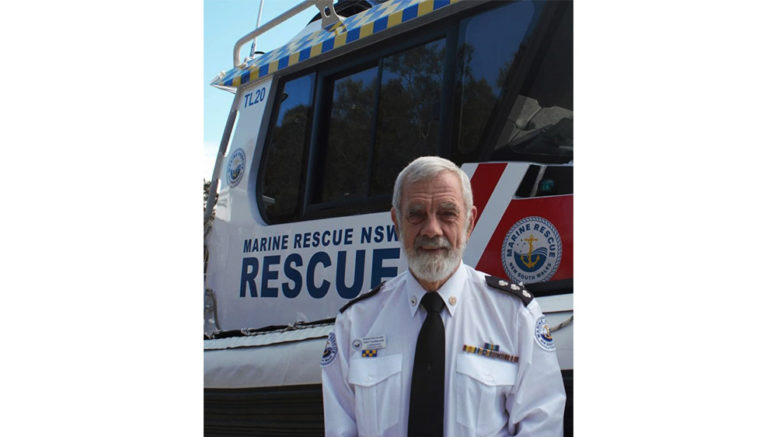 Commander Younglove has been recognised for his dedication to community service and saving lives on the water.

“These awards have been bestowed on behalf of our nation to thank Tony for his service, leadership, operational expertise and commitment to serving our community,” he said.

“Our organisation would not exist without our volunteers and each of them deserves our gratitude and these awards are our chance to say thank you, not just to our ESM recipients but to all their colleagues as well.”

The Commissioner said Cmdr Younglove embodied the versatility of Marine Rescue NSW volunteers in helping the community whenever and wherever called upon, including during the March floods and Black Summer bushfires.

Cmdr Younglove has served his community with distinction for more than a decade as a volunteer member of Marine Rescue Tuggerah Lakes, including the past six years as Unit Commander.

His emergency management experience has ensured that the unit’s members work collaboratively to support other emergency services.

He oversaw the unit’s support for the 2020 Black Summer firefighting operation, keeping its two rescue vessels on operational standby, ready to transport and evacuate those in harm’s way and assist the Rural Fire Service brigades on the Hawkesbury River and also the deployment of resources to support flood operations in Taree in March.

As a unit trainer, assessor and mentor, Cmdr Younglove works collaboratively with other Marine Rescue NSW units across the Central Coast region to support their training and operational activities.

Over six years as Commander, Younglove has led the development of a newly formed unit into a highly responsive and effective emergency service with strong volunteer spirit and commitment, ensuring its ongoing capability and viability.