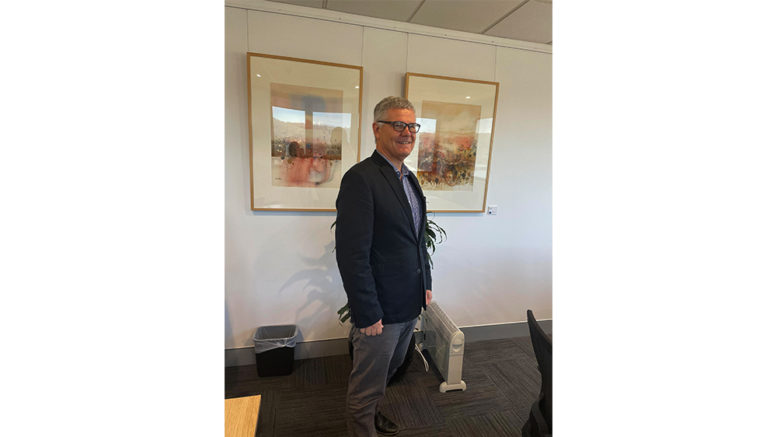 As the State Government ordered public inquiry delves into the causes of Central Coast Council’s financial crisis, new CEO, David Farmer, has his eyes firmly set on the future.

Farmer is determined to achieve his dual goals of making the Council into an organisation for which its staff are proud to work and which is recognised more for its initiatives and policy decisions than the mistakes of the past 6-7 years.

Taking up his appointment as CEO on April 12, Farmer is almost a month into his tenure and says he is in it “for the long haul”.

He has a difficult job ahead of him.

Working alongside Rik Hart, who will take over from Dick Persson as Administrator on May 13, it will be Farmer’s job to see Council return to a solid financial footing.

“I have been in difficult situations similar to this before,” he said.

“I have worked at councils under administration at Wollongong for three and a half years and at Ipswich for 12 months, and am familiar with how this will work.

“In some ways it is easier working alongside just one person, as opposed to elected councillors, as you don’t have to wonder how the numbers will fall.

“Each Administrator is different, but I am confident that I will work well with Rik Hart, he understands both roles.

“His will be a more short term focus but I have a long term plan to work first with the Administrator and eventually with elected councillors to make the organisation as sound as possible.”

Hart, who acted as CEO from October 30, when councillors were suspended and the Council was placed under administration until Farmer’s appointment, is already familiar with the workings of the organisation.

Farmer said the first priority would be returning the Council’ finances to a healthy state.

“It will be a lot of hard work for many people,” he said.

Farmer said the road to financial recovery had begun with the loss of around 250 staff members.

“Many of the hard decisions have already been made, with most of the staff cuts at management level, and now the organisation has to adapt to operating with fewer people and less resources as it continues to deliver essential services,” he said.

“In the short term, I hope to get this year’s budget working a little better than anticipated and I’d like to see a small surplus to start next year.”

Key to achieving this, Farmer said, would be the 15 per cent rate rise yet to be okayed by the Independent Pricing and Regulatory Tribunal (IPART), which will hand down its decision some time in May.

In the event the rate increase of 13 per cent above the 2 per cent cap is denied, Farmer said there would be some “serious surgery” to services.

“With cuts already having made to staff at the upper levels of the organisation, a further wave of staff cuts would impact those who deliver Council’s services,” he said.

This could impact on such things as maintenance of Council assets, mowing of parks and reserves and cuts in the operation of some facilities, he said.

With a list of Council assets proposed for sale (and reclassification for sale) open for public consultation until May 21, Farmer said any costs recouped from these sales would go towards paying off Council’s debt.

“Anything already classified as Operational, council can simply sell, but assets classed as Community would need to be reclassified before they could be sold,” he said.

This latter group of assets would include such things as parks and reserves.

With community angst high over some of he proposed reclassifications, Farmer said there would have to be “good reasons” to remove any from the list.

“We are working on selling some community assets to community based organisations,” he said.

Plans are underway to sell land behind the Wyong Council chambers to a non-government organisation and to sell parcels of land to Wyong Golf Club, Wyong Race Club and the Mariners to allow for expansion of their facilities.

The father of three adult children, Farmer is currently renting premises with wife Andrea while he awaits the sale of his Brisbane home and has yet to decide where in the region the couple will finally settle.