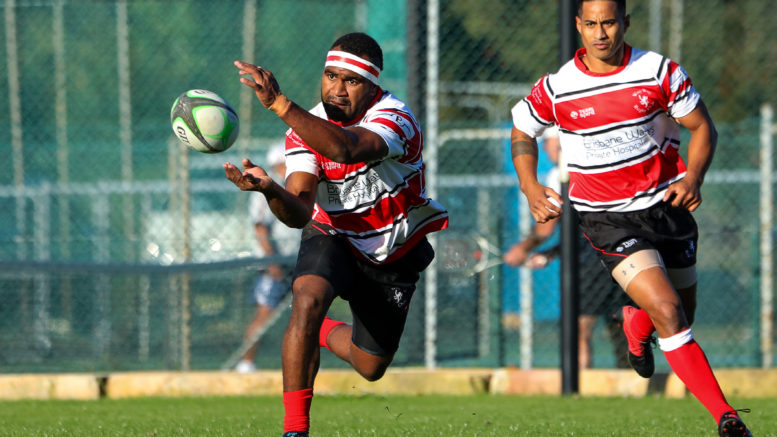 The Woy Woy Lions have logged their second win of the season in the Swietelsky Premier One, this time against the Avoca Sharks on Saturday, May 15.

Played at Woy Woy Oval, the early lead to the Lions was upended by the Sharks well into the second half, before the hosts came back to snatch back the lead and finish in front by 31 – 27.

Woy Woy got away to a great start, scoring two tries to find a 12 points to nil lead, although from here they lost control of the match, conceding 24 unanswered points.

Firstly, Avoca scored two converted tries to take the lead heading into half time, and then continued this form with a further two tries early in the second half to push themselves into bonus point territory.

From here, Woy Woy defied expectations to reclaim their footing on the match by storming home with three tries against a single penalty goal for the Sharks.

The four point lead so established for the Lions was maintained until the final whistle, resulting in the team now levelling their opposition on the Premier One table with 11 points each.

For the Lions, the Doak-Stride brothers Zac and Jazper once again showed their irrepressible talent along with fly Half Vetaia Sinalevu, who posted 11 personal points and No.8 Philip Shaw.

The two teams are positioned fifth and sixth on the table, only a point behind Hornsby after they lost convincingly to first place Terrigal on Saturday, 22 – 0.

The second place Ourimbah Razorbacks are in good form after a difficult victory over third place Kariong, 30 – 24, and will now play Terrigal for the league’s top spot this upcoming round.

Meanwhile, Woy Woy will travel to Mark Taylor Oval to play Hornsby for a chance to make their way into the top four.