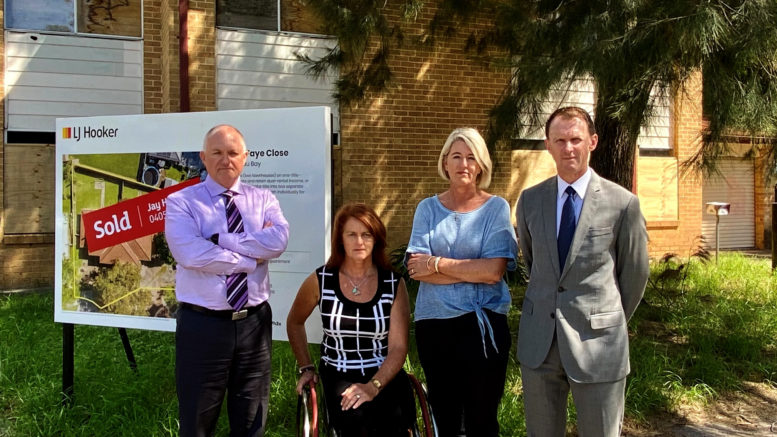 The Labor MPs of the Central Coast are calling on the State Government to provide immediate relief for renters under stress as they deal with an unprecedented number of inquiries from people who are homeless or facing homelessness due to eviction.

The MPs say that rental vacancies on the Coast are at their lowest in recent memory and asking rents are at an all-time high, with price gouging and bidding wars pricing local families out of the market.

In 2020, the NSW Government promised $220M to help renters who were in financial stress because of the pandemic.

Shadow Minister for Central Coast, David Harris, said it was recently revealed in State Parliament that only 4.6 percent of that $220M had been given to people struggling to pay their rent.

“The rest is still sitting in the NSW Government bank account,” he said.

“The NSW Liberal Government should hang their head in shame.

“My office is being contacted by local families experiencing massive issues around rental affordability and to think that this Government has underspent this fund by more than 95 percent is verging on criminal.”

More affordable accommodation needs to be provided in the medium to long term by building more public housing and facilitating more residential land releases as a priority, they say.

Mehan said that for those seeking social housing, the situation was dire with the Coast having less social housing than it did 10 years ago.

The MPs were addressing the media on March 30 outside a public housing property in Faye Cl, Bateau Bay, which had been left vacant and neglected for years.

It was reported by the Chronicle in November 2020 that the two townhouses had been vacant since September 2012 because of termite damage.

Agent, Jay Hinde, said the properties were sold to a private buyer, and he believed none of the 11 bidders at the auction had intentions to re-establish the properties for affordable housing.

“On a daily basis, my office assists people who are in desperate need seeking housing support,” Mehan said.

“After the biggest real estate boom in the state’s history, it is unacceptable that we have people who can’t find a home.

Parliamentary Secretary for Central Coast, Adam Crouch, was invited to comment but The Chronicle did not receive a response in time for publication.