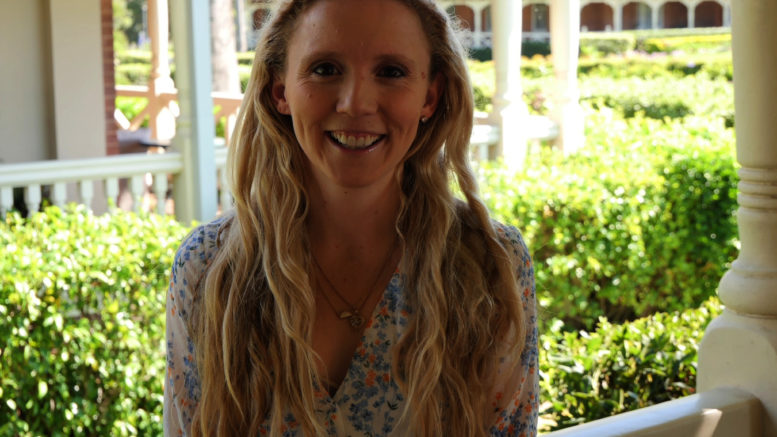 Nikki Webster has launched her own children’s book with her brother Scott Webster to help inspire Australian youth to live their dreams.

The book, Dare to Dream, is a story about a young girl who falls asleep and dreams of doing what she loves – performing and dancing on stage at the iconic Opera House.

With challenges to overcome to achieve her ambitions, she wakes from her dream-inspired, motivated, and passionate to conquer the obstacles that lie between herself and her goals.

Nikki said she was lucky to live her own dream of performing and singing for audiences from a very young age.

“As a child, I had the opportunity to learn important lessons about the power of hard work and, above all, believing in yourself,” she said.

She and her brother teach children the art of dance out of their studios on the Central Coast and in Sydney.

“Through both our work at the dance studios and now with the release of Dare to Dream, we always work together with the one overarching goal of inspiring young talent,” Scott said.

After reflecting on who and what had the greatest impact on their lives, the brother and sister decided to draw inspiration for the book from the story of one of their dearest and longest friends, four-time Paralympian, Ben Weekes.

The two have been friends with Weekes since they attended the same childcare centre, primary school and high school.

While playing tennis at school one day, Weekes suffered a blood clot to the spine, leaving him permanently disabled.

“I still remember the shock of that day when Ben went into the hospital,” Scott said.

“But by far my strongest memory, and what’s left a lasting impression on me, is the amazing way in which Ben dealt with the adversity.”

Nikki said she was inspired by Ben’s positivity to still achieve his dreams.

“Ben’s ability, even as a young teenager, to accept what happened to him and then go on with so much positivity and perseverance to achieve so many great things left an indelible mark on both Scott and I,” she said.

“We both still draw inspiration from him today, which is why we’re so pleased to be able to share some of this inspiration with children through Dare to Dream.

“We want to encourage children to believe in themselves, dream big, and stay positive and passionate, no matter what happens on the road to achieving (those dreams).”

Inspired by Weekes’ story, and in the spirit of encouraging and nurturing youth, Nikki and Scott have partnered with Paralympics Australia and will be donating a percentage of the proceeds from book sales to the organisation.

“We’re so pleased to be able to give back to an organisation like Paralympics Australia who do such great work with children through their Come and Try Days and Paralympic School Education programs,” they said.