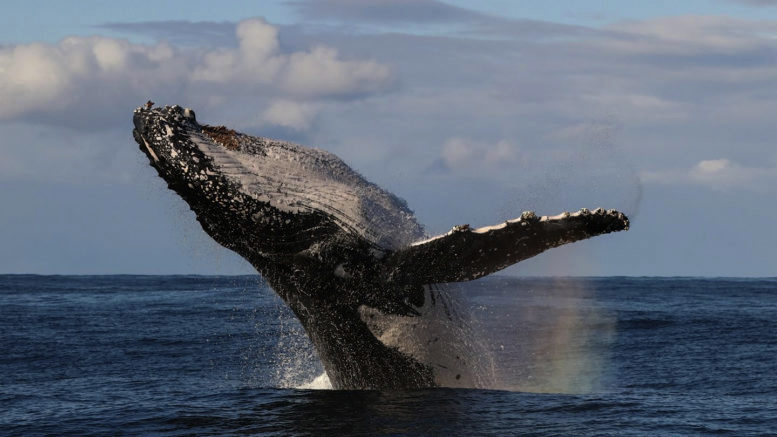 Autumn is not just a season of weather cooling and leaves turning brown, it is also the start of the annual northern whale migration, with several sightings already recorded along the Central Coast.

Central Coast Dolphin Project says it is estimated this year that around 40,000 humpback whales will migrate north to the warm waters of the Coral Sea to mate, calve and nurture their newborns.

“The northern migration starts around the end of January in the freezing waters in Antarctica, when whales start to travel north to warmer waters, covering around 5,000 kms over three months,” spokesperson Ronny Ling said.

“Some Coasties have already started getting a glimpse of passing leviathans as they migrate past the Central Coast, with a few sightings coming in from Copacabana, Terrigal and Norah Head over the past fortnight.

“This time of year, it is also quite common to see passing pods of dolphins, other species of whales (including minke whales, false killer whales and orcas) and of course fur seals surveying and hauling-out on our coastline.

Early morning is the best time to go whale watching as the rising sun silhouettes the whale blows and before the wind increases.

If you see a whale, dolphin or seal please text your sighting through to 0490 401 969 or email centralcoastdolphins@gmail.com

Whale most likely died of illness