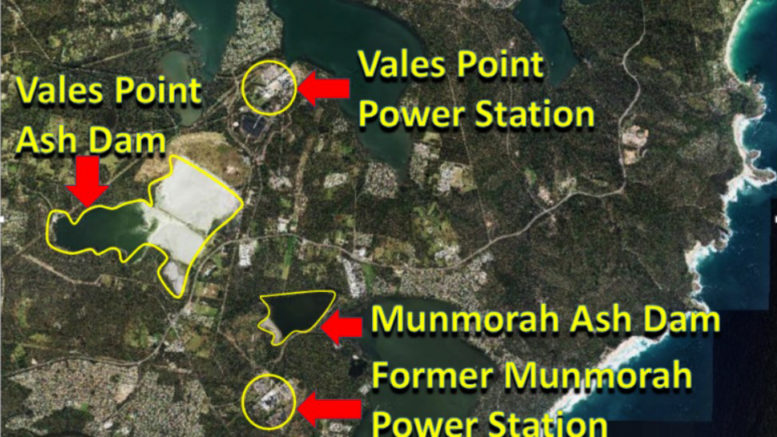 Central Coast Council is calling on local MPs and the Minister for Energy and Environment to back the recommendations in the recently released report, Costs For Remediation of Sites Containing Coal Ash Repositories, by the Legislative Council’s Public Works Committee.

Administrator, Dick Persson, put an Administrator’s Minute to Council’s April 13 meeting that Council support the 16 recommendations made in the report.

He also called for Council to write to local MPs and the Minister to seek their support for the NSW Government to acknowledge the Inquiry and commence implementation of the recommendations.

“The NSW Government acknowledged, in its submission to the Inquiry, that contamination from coal ash dams may threaten human health and the environment, limit land use or increase development costs,” Persson said.

“Inquiry participants identified that the ash dams were leaching heavy metals such as selenium, zinc, nickel, copper, aluminium, iron, magnesium, cadmium and lead into Lake Macquarie and nearby waterways”.

The Inquiry was established in October 2019, to examine the cost for remediation of sites containing coal ash repositories in NSW.

There are two coal ash dams in the Central Coast local government area, one connected to Vales Point Power Station and the other top Munmorah Power Station which ceased operation in 2012, and another not far away across Lake Macquarie at Eraring Power Station at Myuna Bay.

Together, the three ash dams cover almost 700ha, with Vales Point being the largest at about 360ha.

Chair of the Inquiry Committee, Daniel Mookhey MLC, said that it was clear that there were divergent views as to whether coal ash posed any risks.

“Community members, environmental groups and health professionals argued that coal ash should be treated as hazardous waste material given the significant environmental and health risks it poses and has caused.

“In contrast, industry representatives and power station operators commented that there were technical processes that could be carried out, but are not currently, to make coal ash non-toxic and inert.

“It also became apparent that more could be done by the two regulators of coal ash dams; the NSW Environment Protection Authority (EPA) and Dams Safety NSW, to improve the transparency of their respective operations and work together more effectively,” Mookhey said.

Of the 16 recommendations from the Inquiry, many related to air, groundwater and surface water monitoring around power stations and ash dams, and their impacts on the environment, and that information be publicly available, as well as more transparency on environmental studies conducted for each operating power station.

Recommendation 6 was that NSW Health immediately undertake an epidemiological assessment of the health of residents near coal ash dams to establish the health impacts of coal ash and this be published by the end of 2022.

Other recommendations related to ways of re-using coal ash, remediation of the coal ash sites and that the Department of Planning, Industry and Environment establish a coal ash re-use taskforce comprised of state government agencies, unions, industry stakeholders and community groups to lead development of a strategy to achieve at least 80 percent re-use of coal ash produced in NSW, and report by 2022.