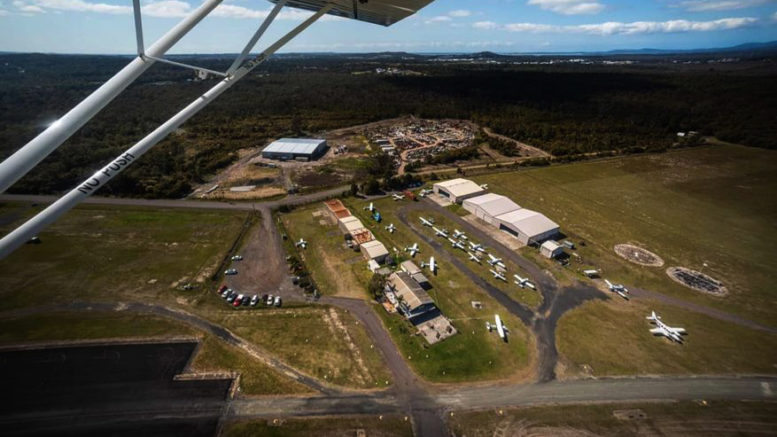 Administrator, Dick Persson, has confirmed that the cost to Central Coast Council to break its Warnervale airport agreement with Amphibian Aerospace Industries (AAI) was less than $1.5M.

Persson had asked Chief Financial Officer, Natalia Cowley, to ask the company if Council could make public the cost which had been commercial-in-confidence.

The company was okay with the disclosure as long as it was pointed out that the payment merely covered its costs and was not a profit payment.

Council breached its contract with AAI, which is why it paid to allow AAI to recover its costs.

Amphibian Aerospace Industries announced in October 2016 that it would move its headquarters to Central Coast Airport at Warnervale.

It signed an agreement with the then Wyong Council, witnessed by the then NSW Premier, Mike Baird.

The airport was going to be developed into a general aviation hub and regular passenger transport airport.

Under the terms of the AAI lease, Council agreed to relocate Jack Grant Ave and associated services to include a 5.2ha site into the aviation hub landholding.

More than a dozen other organisations showed interest in moving their businesses to the general aviation hub.

Then, in October 2017, the newly elected Council decided to not proceed with the airport plans to expand.

A number of attempted Rescission Motions failed to change the decision.

The councillors were suspended in October 2020 and Persson only has one more Council meeting to chair before he finishes up.

At the April 13 meeting, Persson adopted a Council recommendation to develop a masterplan and Plan of Management for the airport.

The decision gives the CEO direction to explore, including parcels of Warnervale land at 4 and 10 Warren Rd and 140 Sparks Rd, into the draft airport masterplan and to suspend the sale of that land until the plan is finalised.

Council authorised the CEO to immediately suspend the development of the Warnervale conservation agreement and any agreement with the NSW Biodiversity Conservation Trust to permanently protect the Porters Creek Wetland until the masterplan, the Plan of Management and a subdivision plan that would subdivide the wetland and surrounding E2 environmental land from the employment land in Warnervale, was registered.

He will also hold discussions with the aviation industry and affected landowners.

Persson added into the decision protections so that the runway would remain at its current length of 1200m and the wetlands were protected.

He said there was room for both protection of Porters Creek Wetlands and a light aviation airport.

Persson said the development of the Central Coast Airport was a landmark project for Council with the potential to provide significant economic and social benefits.

“As the ninth largest region in Australia, the Central Coast is recognised as a substantial growth corridor, yet it remains the only major population centre without a recognised and supported airport,” Persson said.

“The repeal of the Warnervale Airport Restrictions Act earlier this year has provided the community with a clear signal regarding the future of the airport and Council is now getting on with what the State Government has asked of us.

“Airports form an integral part of the Australian economic infrastructure and are critical to connecting communities and enhancing the broader economic performance of its regions.

“Without access to local aviation services, the capacity for local trade and tourism to grow and compete with other major regional centres will be constrained.

Council aims to place a Draft Masterplan and Plan of Management on public exhibition at the end of May.