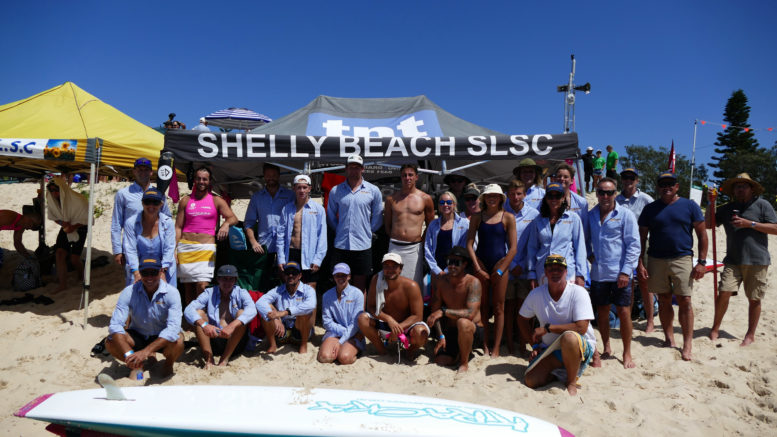 The 2021 NSW Open Surf Life Saving Championships went ahead at Swansea Belmont and Redhead Surf Life Saving Clubs over the weekend from Friday to Sunday, March 5-7, with both Wamberal and Shelly Beach Clubs pulling out stellar performances in a number of instances.

Overall, the Championships’ winning place went to Newport SLSC with a convincing 466 point win, with Wamberal coming in 20th and Shelly Beach in 22nd place.

For Shelly Beach, the result is an improvement on last year’s 26th placement, despite losing some of their strong Open Male competitors through injury and other commitments.

For Shelly Beach’s publicity officer, Dan Kingsley, who attended the final two days, this was in part due to the club’s growth over the past 12 months and a strong coaching program led by Keaton Watts to develop more depth at the club.

“Our standout competitor was Lizzy Shearer in the Under 15’s”, said Kingsley.

“Lizzy finished with a Bronze in the Board Race last year and improved on that this year by finishing with a Silver in the same event.

“It was a race that she led from the start and it was only a wave which brought two of her competitors back up to her, which forced a sprint finish up the beach.

“Lizzy was also in a sprint finish in her swim where she finished sixth, and then fourth in her Ironwoman event.

“As a result, Lizzy scored nearly half of the club’s points and it is a reflection on her own dedication to her training and the coaching of Keaton Watts.”

Lizzy is also a member of the Central Coast team competing at Shelly Beach for the NSW Interbranch Championships, to be held at the end of March.

For Wamberal, the stand-out performances came from Noah Nakagawa and Keenan White in the Under 15’s, most notably when they came together to win the 2x1km Beach Run Relay and later to place second in the Mixed Beach Relay, alongside Tyler Cossor and Lilia Wheeler.

Beyond this, Noah won the Beach Flags race and came second in the Beach Sprint, whereas Keenan won the 2km Beach Run.

With the Under 9’s to 14’s competing last weekend and the Under 15’s to Opens now accounted for, the Championships turn to the Lifesaving events and the Surfboat competition over the coming weeks, where the Central Coast clubs will have further opportunities to compete at the State level.