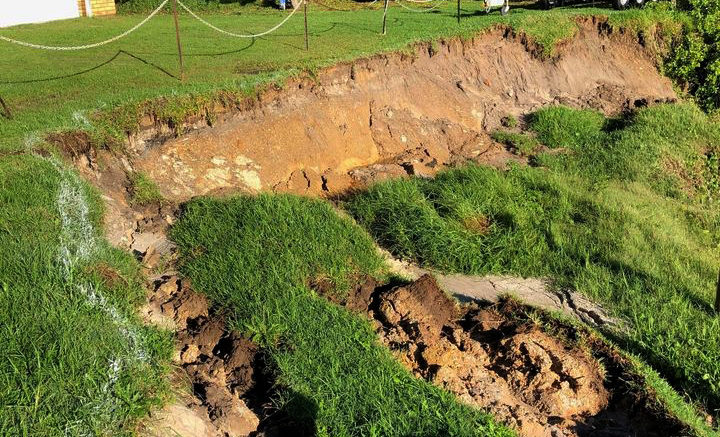 The Marine Rescue Base at Norah Head has been closed following a landslip along the foreshore of Cabbage Tree Bay after the severe weather and prolonged torrential rain between March 18 and 23.

About 4m of the bank was eroded and Marine Rescue NSW sent out a structural engineer to inspect the site.

A spokesperson for Marine Rescue NSW said the engineer’s report ordered that access to the building be prohibited until a geotechnical engineer can be engaged to further assess the current slope stability and provide further direction.

“The unit’s normal rescue vessel operations are currently being staged from its boat shed close by on the waterfront, and neighbouring Marine Rescue Lake Macquarie is monitoring marine radio calls to the Norah Head unit through the Marine Rescue NSW communications network.”

The Norah Head building will remain closed until a geotechnical report confirms that it is sufficiently structurally sound or another solution is identified.

Meanwhile, the Norah Head rescue vessel has been deployed to help out with flood rescues along the Hawkesbury River.

Norah Head Boat Club is also on that patch of Crown Land and remains open.

“I met up with a couple of people from the Crown Lands Department last week and we will approach Council to see what can be done.

“We had an area that dropped by about 30cm and we’d fenced off that area but with the heavy rains and storm water we had recently, the bank became eroded significantly enough to concern the Lands Department.”

Hinks said the area where the landslip occurred is a filled area, and when the boat club was built it was cut into the side of the hill and the excavated material was spread over the front of the club to reclaim land over the top of the sand dune.

“What’s also happening is that on that whole hill, there is an underground water course,” he said.

“The surface water is basically sitting on what they call coffee rock underneath and as the water sinks through the ground from further up the hill, it runs down until it hits a solid base, it can’t go any further and then it runs down underneath, sucking some of the earth with it, which makes the whole thing slip.

“We have permanent water running through there all the time.

“In our clubhouse I’ve got a spear bore that goes down only 1,500cm in depth, between those two buildings and I can run that bore pump 24/7.

“So that will give you an idea of the water table underneath.”

Hinks said he’d been informed that the two buildings were not in danger.

He said the Boat Club was operating as normal and is awaiting advice from the Crown Lands Department about what can be done to avoid any future landslips.