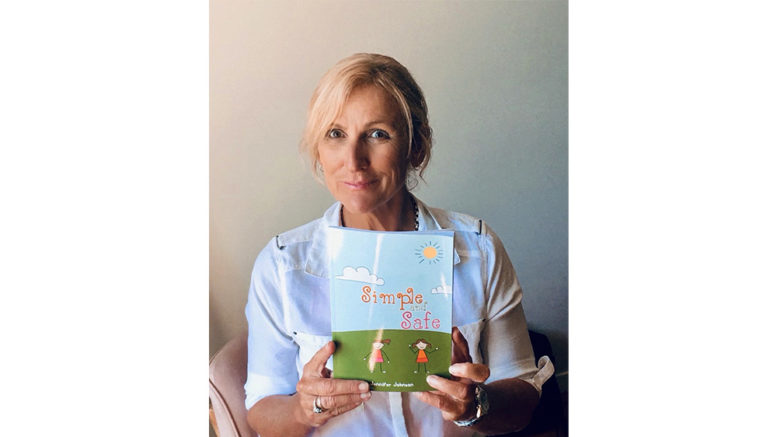 Jennifer Johnson and her book Simple and Safe

Jennifer Johnson of Watanobbi has written a fun book aimed at teaching children to keep themselves alert and safe.

Called Simple and Safe, the book features 39 different scenarios designed to teach the reader how to be safe in that situation, such as stranger danger, being out and about with your family, storms, screen time, bullying, camping and Halloween.

The book is aimed at children aged between 3 and 10, and their parents, to help them cover all the bases of being safe.

Johnson, who is a traffic controller at roadworks and construction sites, was inspired to write this book after seeing children trying to ride or walk through work sites.

“This book is quite a unique book, I really want to keep kids safe and alert, hopefully it will start a conversation between children and their parents,” Johnson said.

Johnson has lived on the Central Coast all her life, growing up in The Entrance, and spending a lot of her childhood at Blue Bay and Shelly Beach.

She said it took about 12 months to complete the book, after making observations about all the scenarios where children could get themselves into danger.

“The illustrations are beautifully done by a woman called Rose who lives in Wollongong,” Johnson said.

“Originally, there were three separate books, but they were condensed into one by the publishers.”

It only took five weeks for Johnson’s book, Simple and Safe, to be snapped up by a publisher after she started canvassing people to print her book.

Be the first to comment on "Child safety book published"