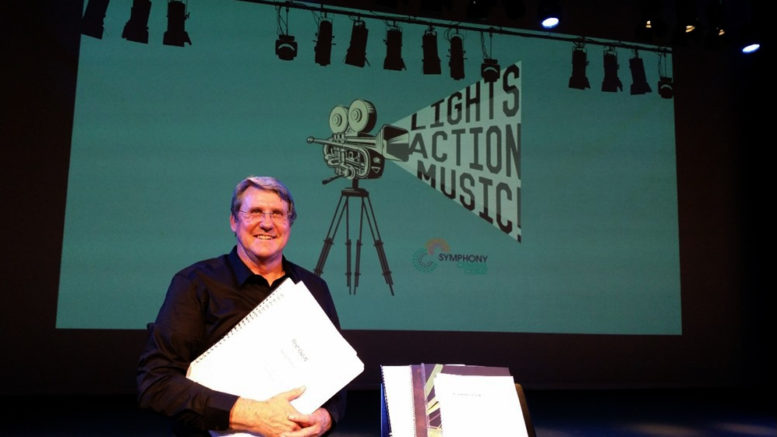 Symphony Central Coast returns to the stage in 2021 in a swash buckling, rip roaring, shark infested concert, celebrating the magnificent music of the movies.

Lights, Action, Music! features music from some of the most loved films of all time, including The Seahawk, Gladiator, and Lord of the Rings, plus a selection of Australian films with music by female Australian composers.

As a bonus, there will be two films with live music performed by a full symphony orchestra.

Highlighting the program is music from some of Australia’s most prolific and talented film composers.

The names might not be familiar, but the music almost certainly is.

The Butterfly Tree from 2017 is a poignant drama about grief and loss, but is sumptuously filmed, with music from Caitlyn Yeo, who has written extensively for film and television.

Her credits include seven feature films, 25 documentaries and five TV series including The Rocket, The Killing Field and ABC’s Compass.

Tim Winton’s acclaimed novel Cloudstreet was filmed in 2011 with music by Bryony Marks, one of Australia’s most sought after screen composers.

Her film credits include Berlin Syndrome, A Month of Sundays, and Felony, and her TV credits include Mustangs FC, Lambs of God, Barracuda, Anzac Girls and Please Like Me.

With more than 23 million views on Youtube, Zero is a stop-motion dark fairytale with music from Australian Kyls Burtland, and Buster Keaton’s silent classic The Goat will be screened with music compiled, composed and scored by Steven Stanke.

Also on the program is music from several Hollywood giants.

Erich Korngold is one of the fathers of modern film music, writing for classics such as The Adventures of Robin Hood and The Sea Wolf.

He was the first to use themes for the main characters, varying them based on the emotional level of a scene and influencing film composers to this day including John Williams, Hans Zimmer and Howard Shore.

Who can forget the “shark” theme from Jaws, or The Shire theme from Lord of the Rings?

All these and more will be performed live with more than 50 musicians on stage.

Conductor and Artistic Director of Symphony Central Coast, Dr Steven Stanke, said performing film music was incredibly exciting and satisfying because it is often the most complex music of our age.

“Film composers are extremely creative when scoring films and a full symphony orchestra is often the only way to perform them completely,” he said.

“I’m also very pleased to be able to include great Australian music, by women composers too, in our program.”

Film music might bristle with espionage, strike up an ancient military march or bring a car chase to a sticky end.

Lights, Action, Music! brings the film scores to life on the Wyong concert stage in this first concert for 2021 by Symphony Central Coast.