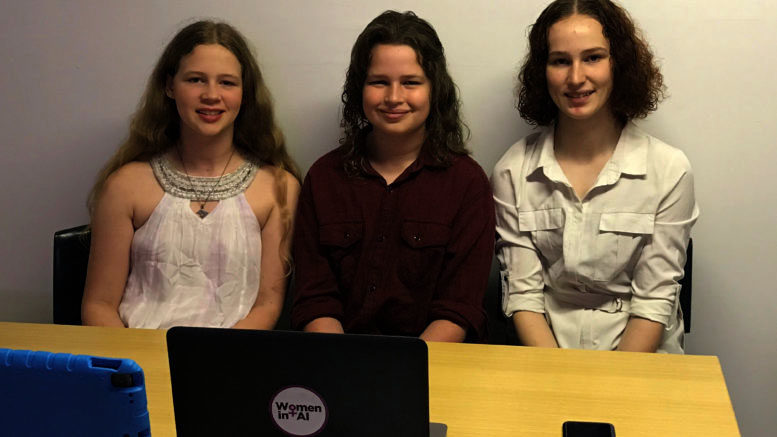 Berkeley Vale’s Amelia Munday, 16, is a finalist for the One to Watch Award as a part of the NSW Women of the Year Awards.

The award aims to highlight the efforts of girls aged seven to 17 who are making a real and practical difference in their communities.

Munday was nominated by her mum Angie for her efforts in developing technology to assist people with disabilities connect with the world.

“It’s an amazing opportunity to be recognised for all our work,” Munday said.

Her largest project so far is the app, Talk to the Hand, she has been developing with her siblings which is designed to teach its users AUSLAN sign language.

She hopes the app will be released this year.

Munday is the software engineer of the tech girl team Little Butterflies, her role in the group is writing code and scripts.

Also, on the team is her younger sister Addison, who is the sales engineer, and her friend Jazzy who is the design engineer.

She is currently developing a second app called Talk to the Hand- My Bucket’s Full, which is designed to help people with sensory processing disorders process and regulate their senses.

“These apps were inspired by my siblings who have disabilities, my older brother is deaf and some of my other siblings are autistic, and we wanted to break down the wall between disabled individuals and society,” Munday said.

If this is not impressive enough, Munday completed the HSC at age 13, and is currently studying a double degree at Macquarie University in Sydney, a Bachelor of Medical Sciences and a Bachelor of Cognitive Sciences.

She is currently in her second year and hopes to become a paediatric neuroscientist in the future.

The One to Watch Award winner will be announced on March 9 ahead of the NSW Women of the Year Awards ceremony at the International Convention Centre in Sydney.

When asked whether she will win, Munday responded with “I can only hope, there are so many inspiring girls nominated and I can’t wait to meet them”.

Stroke unit one of three to receive Platinum status