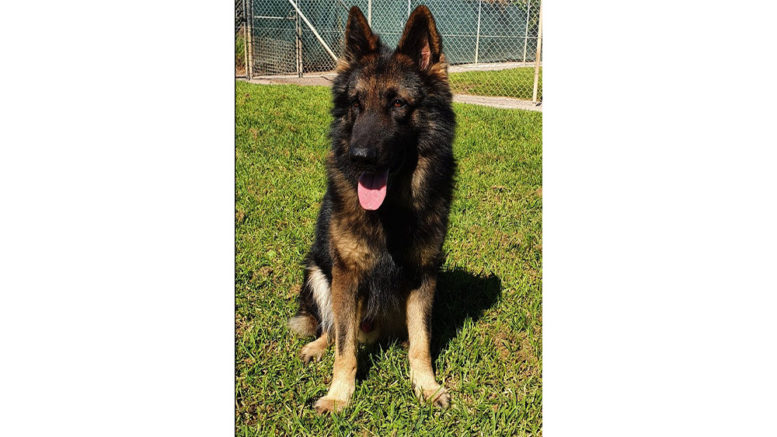 Police Dog Apache is being praised for assisting police to locate a wanted man living in bushland in a makeshift camp at Mount Elliot following reports of obscene exposure.

The police search followed a report from a 33-year-old woman on February 21.

The woman reported that at about 9am that day, she noticed a man on the same path when she was walking towards the St Johns Lookout at Mount Elliot within Katandra Reserve.

He overtook the woman and a short time later it is alleged he pulled down his pants and exposed himself.

The woman sought help from nearby walkers and contacted police who started an investigation.

Officers from Brisbane Water Police District, with the assistance of the Police Dog Unit, attended the reserve on February 23 and spoke with a 50-year-old man at a makeshift campsite.

He was arrested and taken to Gosford Police Station where he was charged with carrying out a sexual act with another without consent and wilful and obscene exposure in or near a public place or school.

The man was refused bail and appeared in Gosford Local Court on February 23 where he was granted bail to reappear on April 15.

Investigations are continuing and anyone with information should contact Police or Crime Stoppers on 1800 333 000.