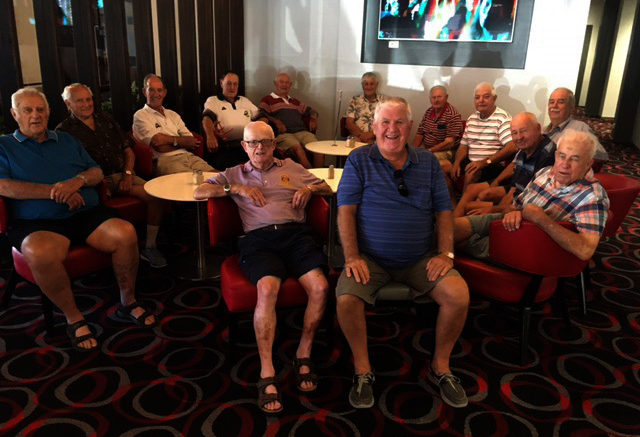 Every Thursday at The Grange Hotel in Wyoming, Doug Holmes and his mates get together to talk about old times over a cup of coffee.

The group of more than 15 began meeting after Holmes and a few other older locals started catching up at the end of the bar each week.

The group has now turned into a space where people can share photos, discuss newspaper clippings, exchange stories, and bring up names that may have been forgotten by some.

Licensee and owner of the Grange, Mick Hill, said the group had become a great way for people to spend a couple of hours seeing some old friends and making new ones.

“It is just a group of old Gosford people who recall the old times and how Gosford has changed,” Hill said.

“They keep in contact with each other about others who have moved away, and other details like that.

Holmes was part of original groups and now acts as the organiser.

“I didn’t start it, it just happened,” he said.

“It just grew through word of mouth.”

Holmes said the group is not just for males, but inclusive of anyone who would like to come and have a chat about old times.

“The group is usually older blokes who are old identities of Gosford and the Central Coast,” he said.

“They get together and tell yarns.

“A lot of us have got old memories that a lot of the younger people would not even know.

“Some of the boys are old footballers, and they talk their football days, and others talk about cricket.”

Claudia helps bring neurofibromatosis out of the shadows