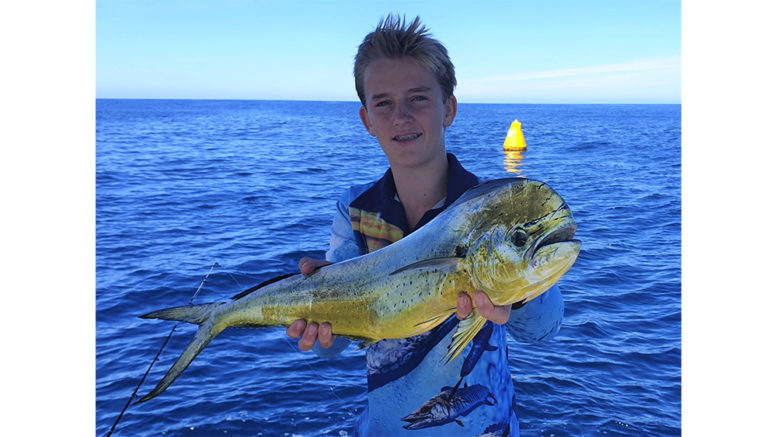 Central Coast fishers will soon be bream-ing with excitement, with a Fish Aggregating Device (FAD) recently deployed to ocean waters near Terrigal.

Parliamentary Secretary for the Central Coast and Member for Terrigal Adam Crouch said FADs are GPS-tracked floating buoys that anchor to the ocean floor.

“Fish are attracted to FADs because they provide structure to the open ocean environment, allowing anglers to land a bigger catch,” Crouch said.

“There are now 35 FADs dotted along the NSW coastline between Tweed Heads and Eden, with the closest FADs located at Terrigal, Broken Bay and Swansea.

“The Terrigal FAD was first deployed in November 2017 but has been removed over winter for cleaning and maintenance.

“Every year fishers pay their licence fee, which in turn is reinvested into many initiatives,” he said.

“The FAD program is a fantastic example of this because it creates new fishing opportunities and eases pressure on existing hotspots.

“NSW is home to about a million annual fishers – many of whom live or work on the Central Coast, and the industry contributes about $3.4B in economic activity each year, so it is crucial we continue to invest in these initiatives.”

Recreational fishers are encouraged to check the latest marine weather forecast before heading offshore to wet a line.

Fishers can also keep up-to-date on FAD deployments, coordinates and responsible fishing tips on the FishSmart app or at: www.dpi.nsw.gov.au/fishing/recreational/resources/fish-aggregating-devices.

Please look after our pelicans

Fishers warned to play by the rules